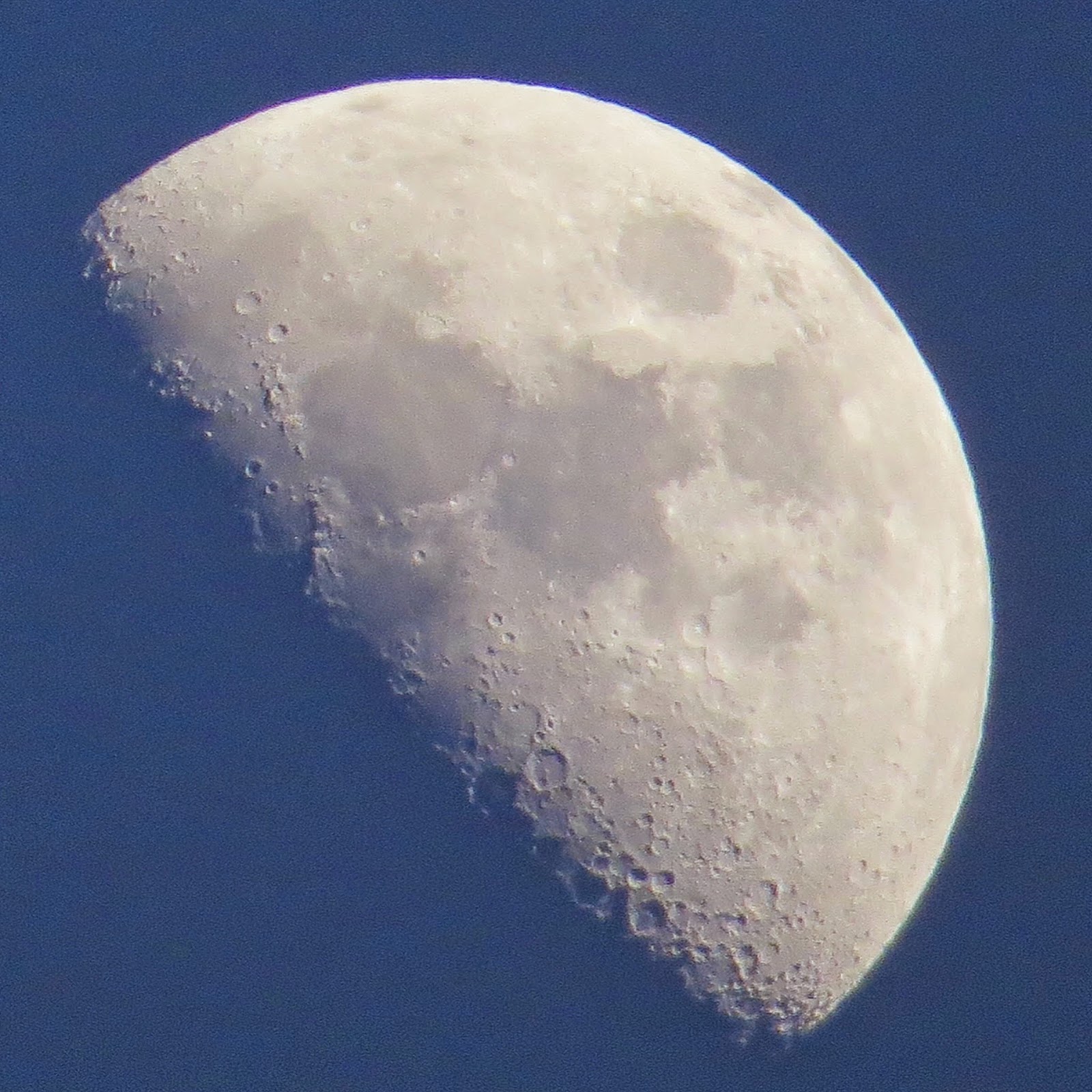 I took this photograph of the moon yesterday. It was still pretty light outside, but I managed to get a decent shot of it. I didn't use a tripod. That's just a look-up-and-hope-for-the-best shot, as are most of my other photographs. I really don't know what I'm doing, to be honest. 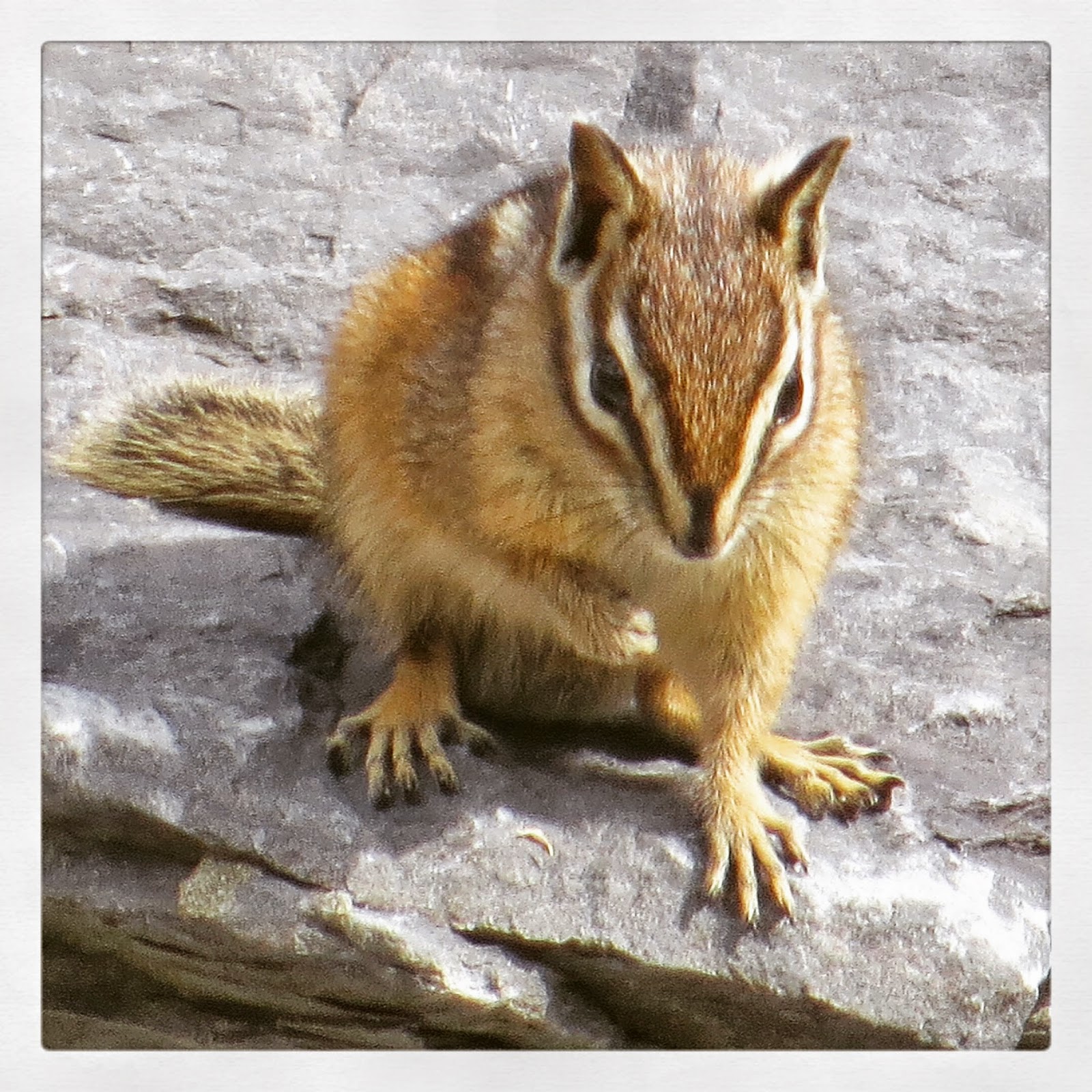 I took this one a little while ago. It seems we have three baby chipmunks running around. They hardly sat still for a second, but I managed to get a few pictures. Crazy little things. 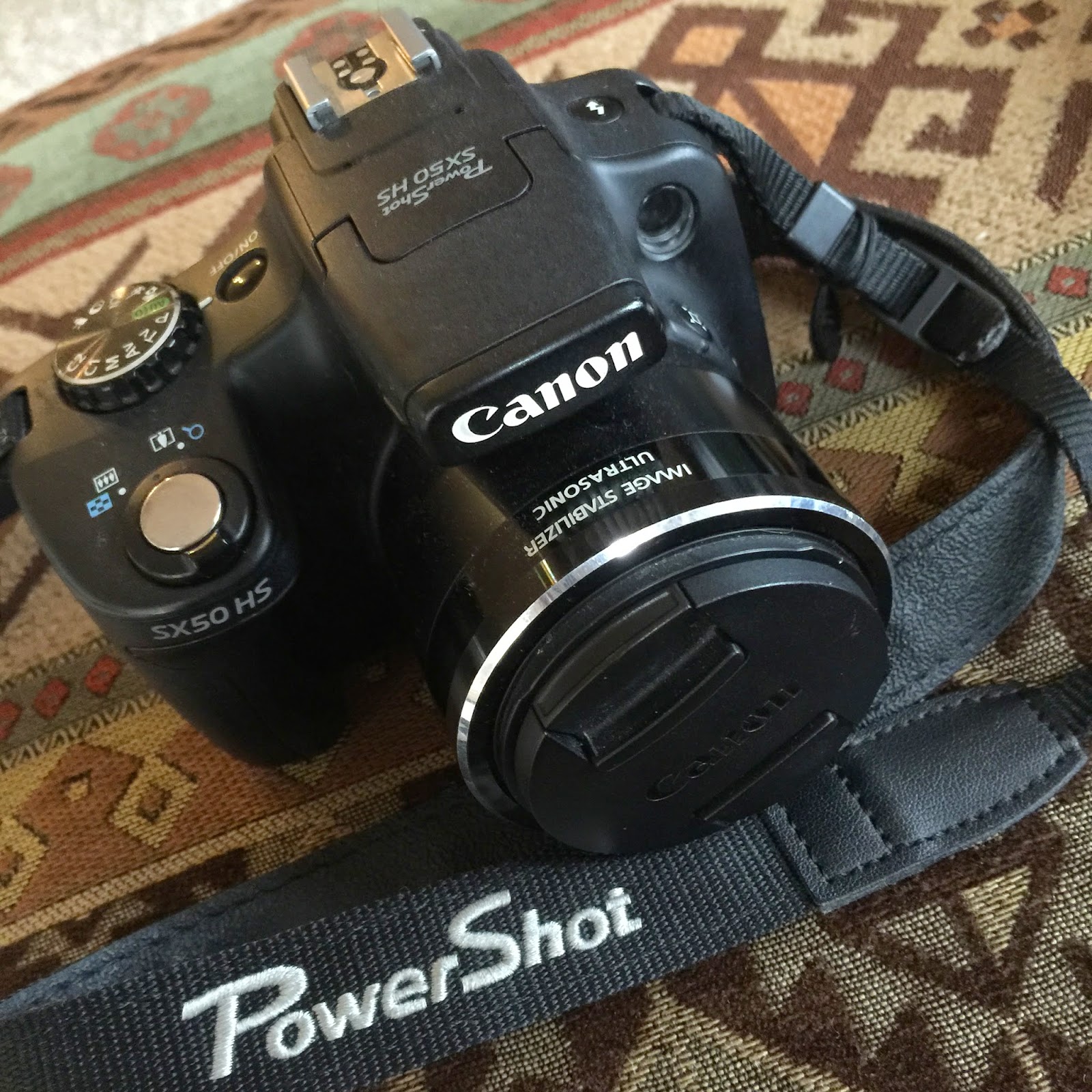 I get asked all the time what type of camera I have and what lens I use. Here is a picture of my camera. It's just a high-end digital, Canon PowerShot SX50HS. It has the most incredible zoom. Rick has a really good zoom for his camera, but this thing works just as well. I've had it for a few years, so they probably have a newer version available. Even so, it's a great little camera.
Posted by Rena Jones at 6:26 PM No comments: 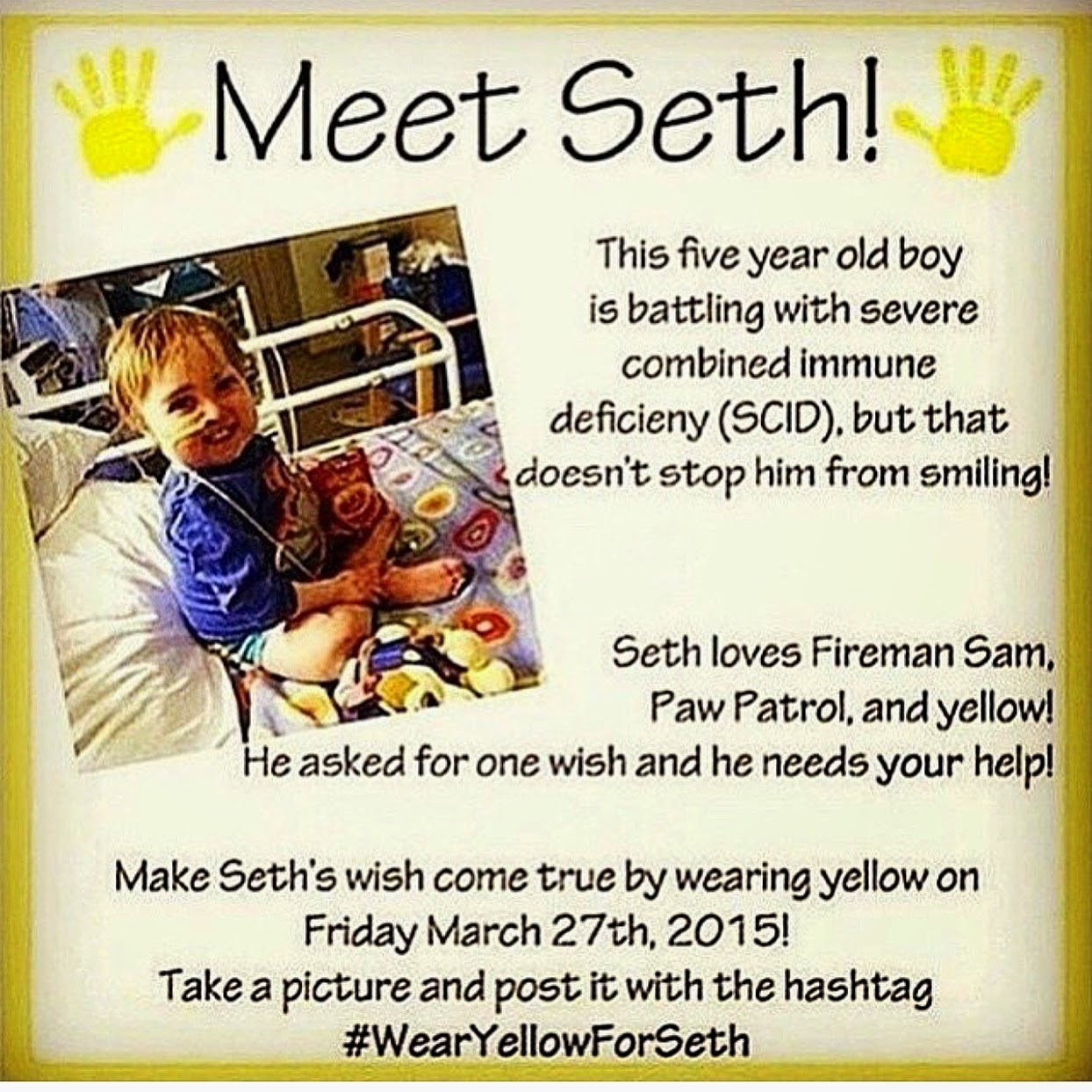 About a week ago I heard about the #WearYellowForSeth from a Facebook post. The boys and I joined in with THOUSANDS of people today wearing yellow to show our support of Seth. If you haven't heard about him, just Google #WearYellowForSeth and tons of articles and videos come up. We hope Seth enjoys all of the support he's gotten. What an adorable little boy! 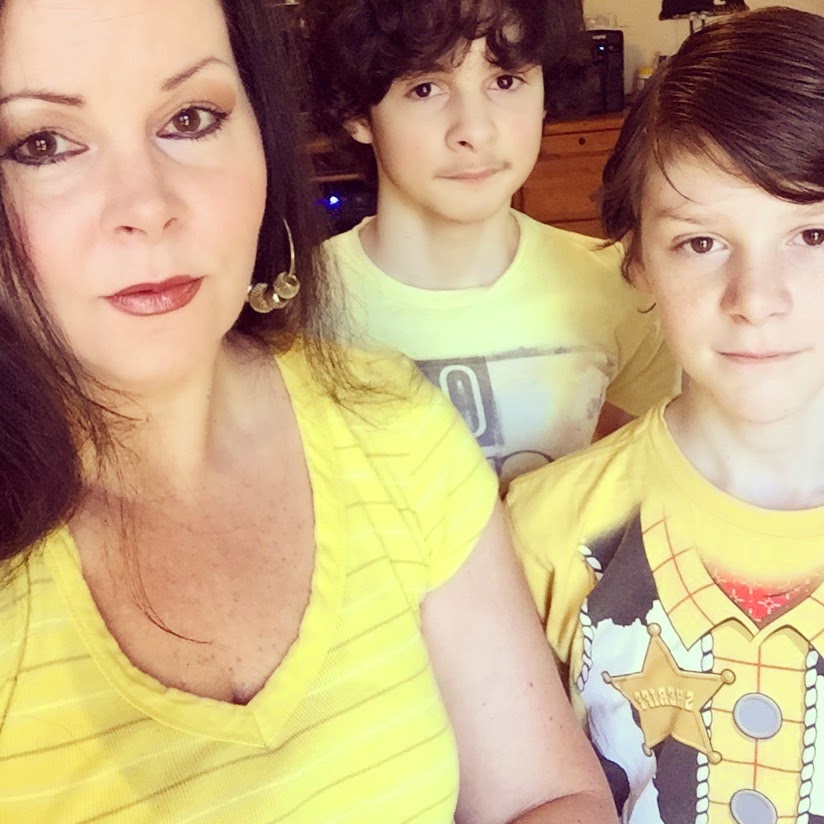 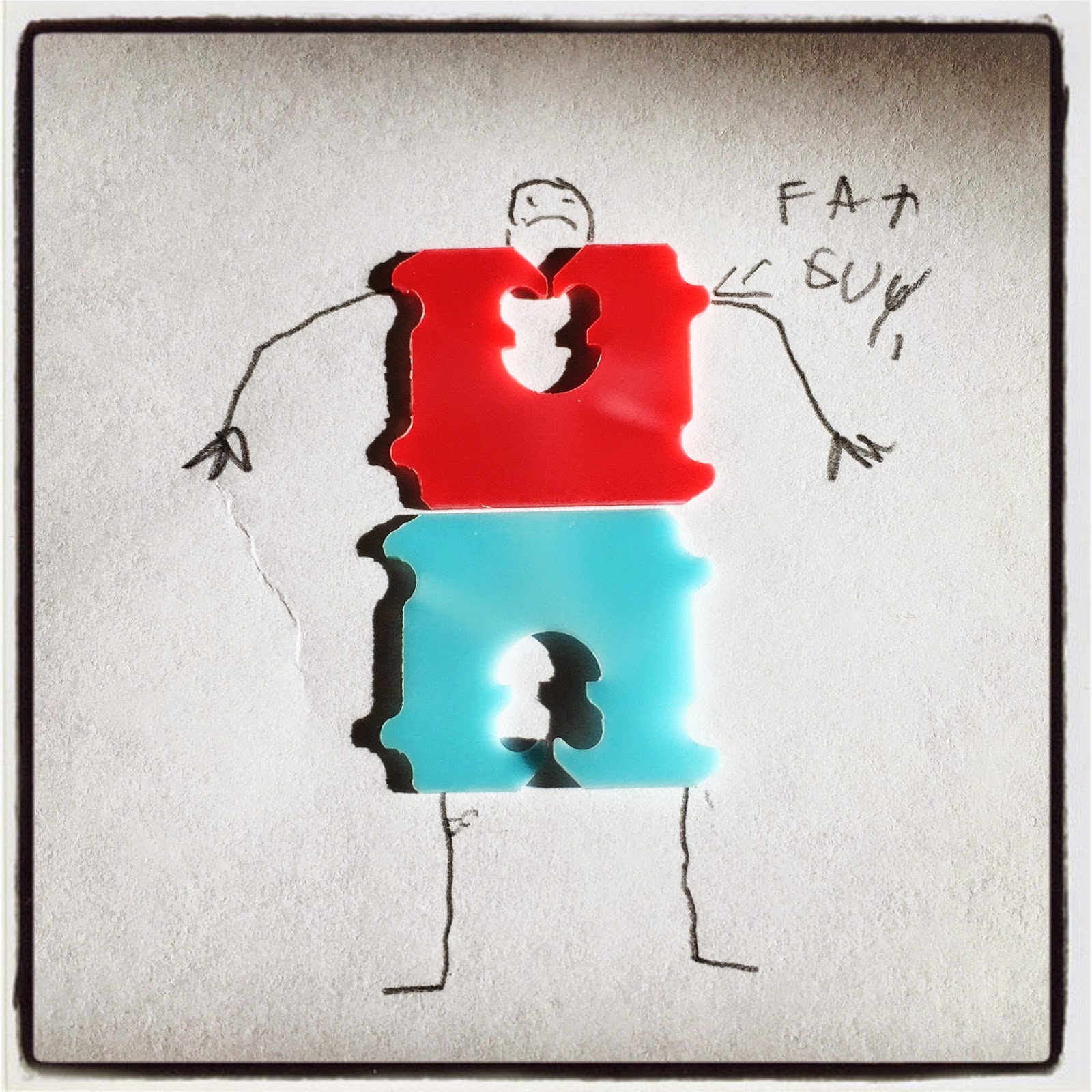 For school recently the boys have been taking a simple object and drawing a picture around it. I got the idea from children's illustrator, Debbie Ridpath Ohi, who often does this and posts them on Twitter, Facebook, and Instagram. Her drawings are so clever, so I thought it would be fun for the boys to do as well. Here are a few of the ones they've done so far ... 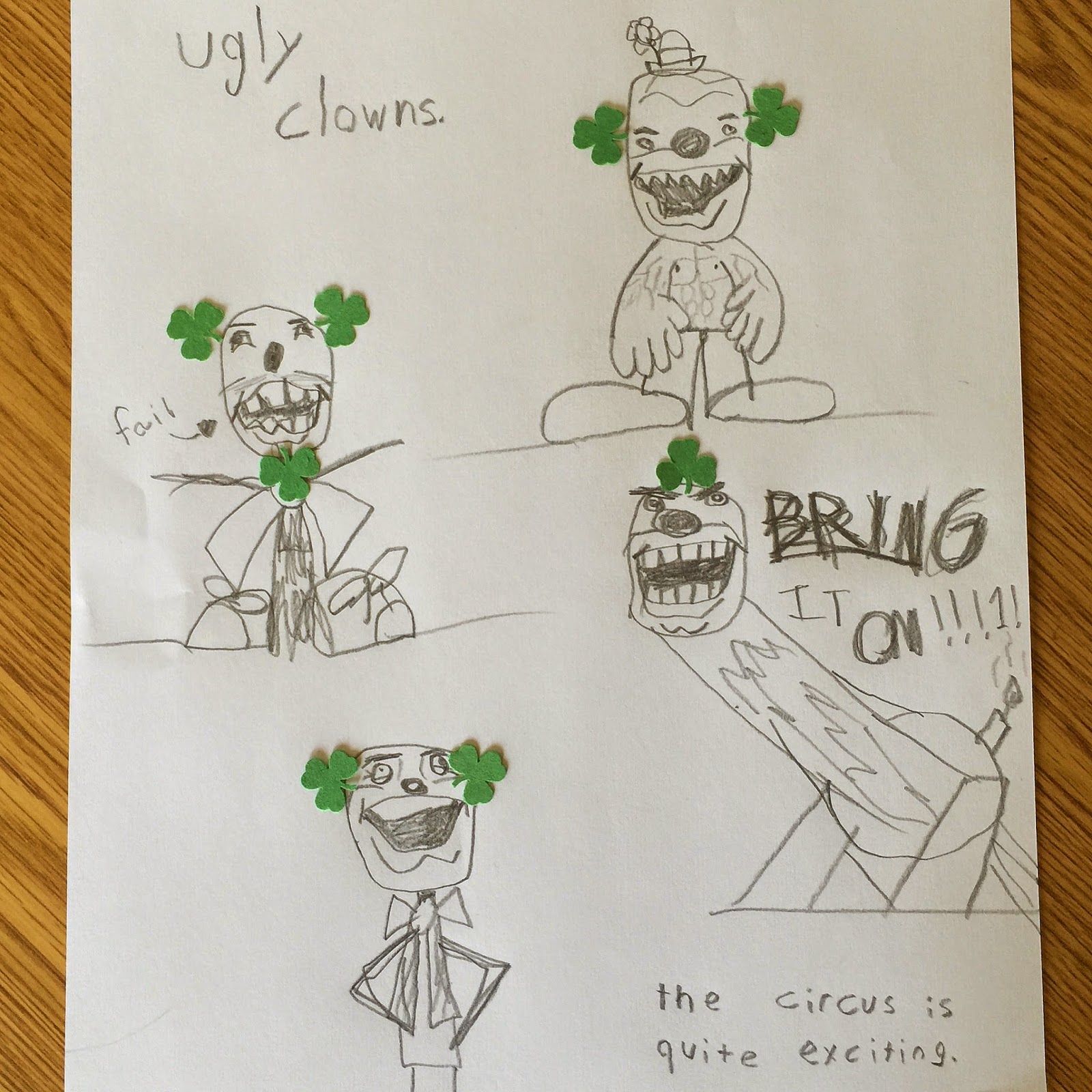 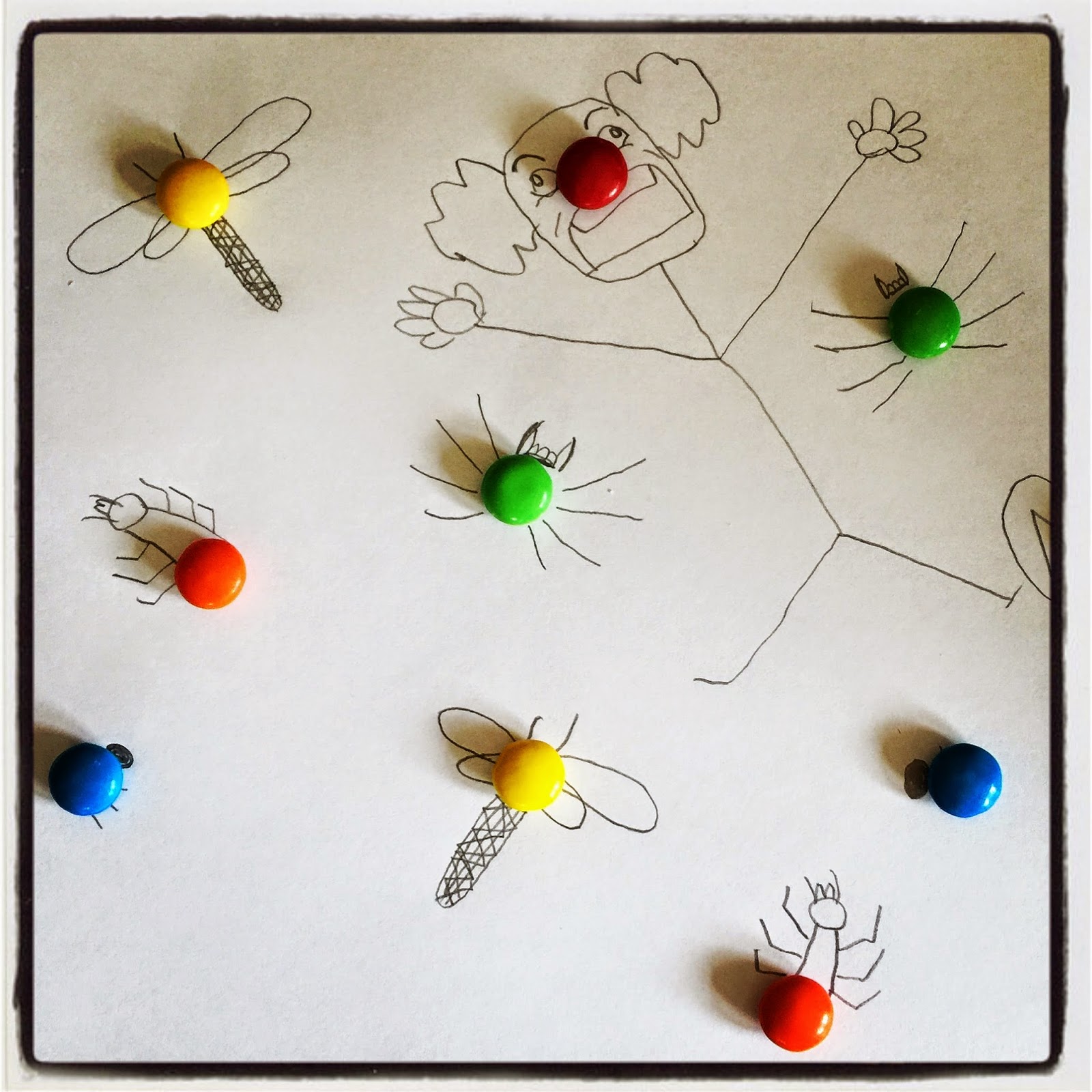 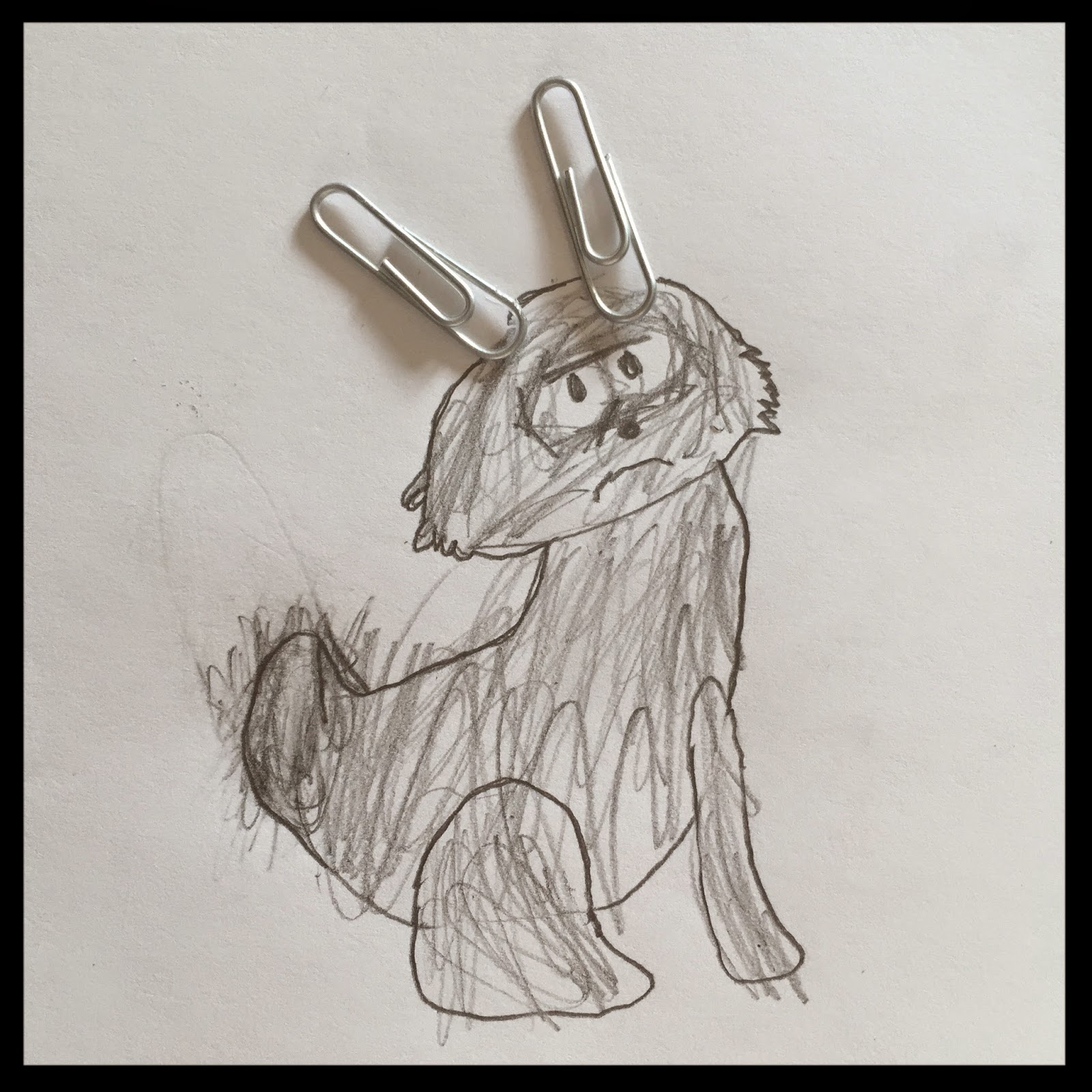 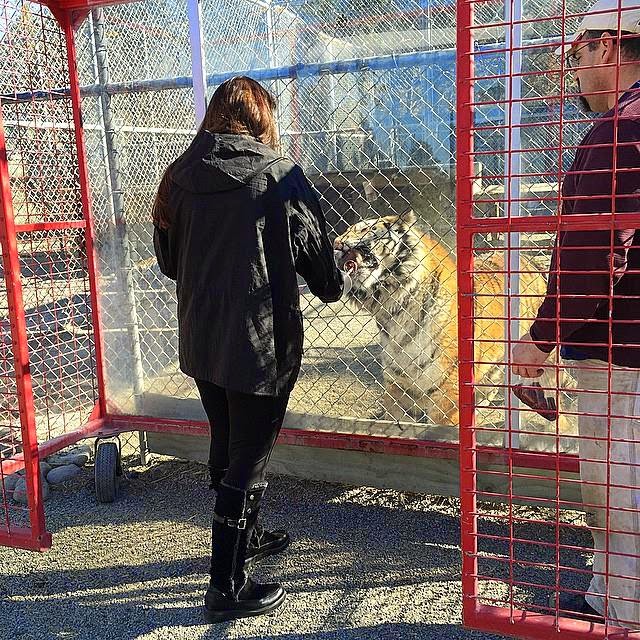 A few posts below, I blogged about taking a trip to Spokane with Rick. Before we left to come home, we stopped at a place called Cat Tales Zoo, which is just outside the city in a town called Mead, WA. It started off as a big cat rescue, but eventually grew to house over 36 big cats. There were tigers, lions, mountain lions, bobcats, and leopards. They even have some black bears. There is also a training center where students come from all over to learn the trade of zookeeping. Oh man ... if only I lived closer. I'd leave my family and run off to be a zookeeper! 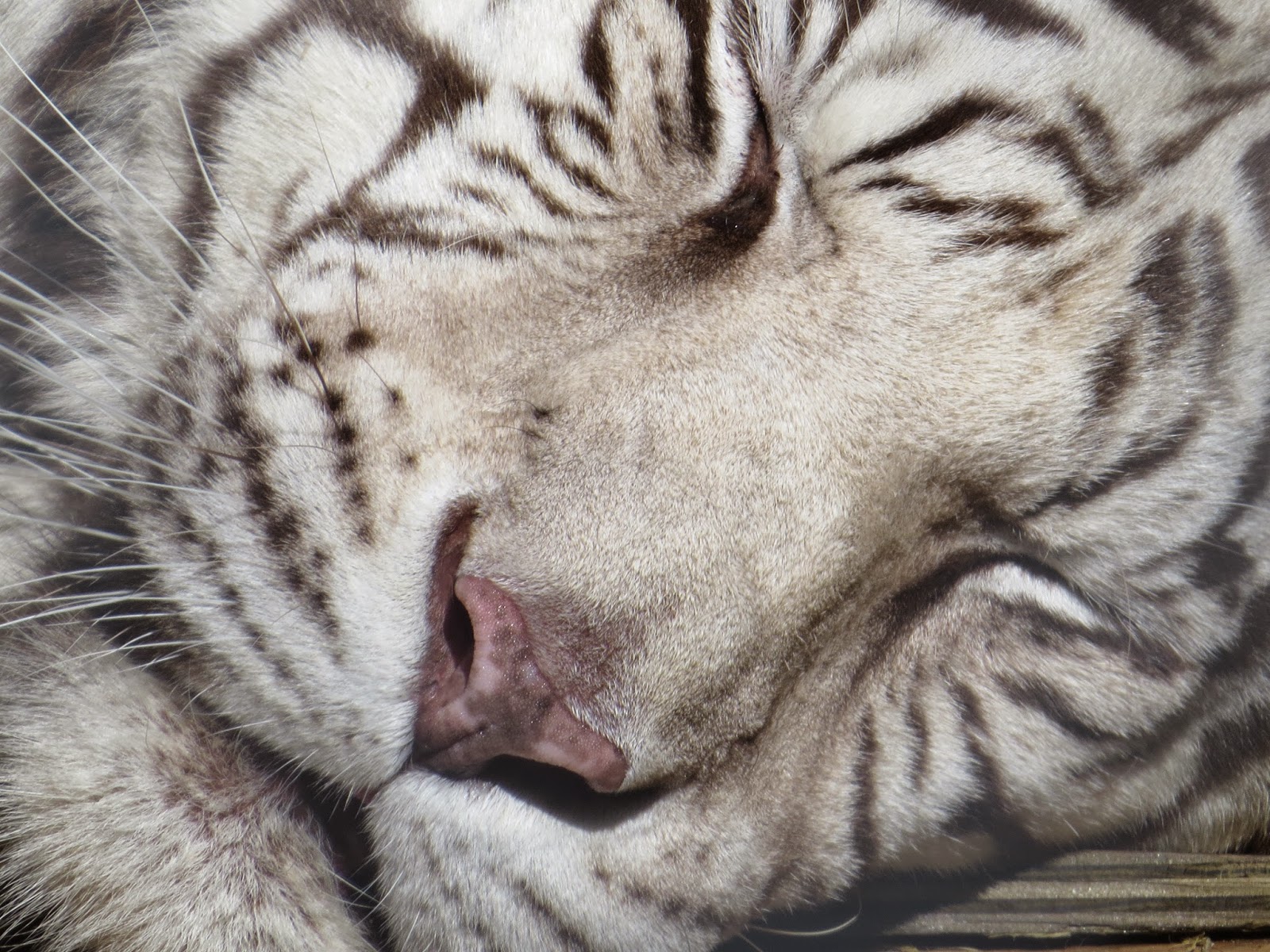 The animals are behind chain link, which I never like seeing, but they appeared to be very well cared for. In addition to that, they seemed happy and healthy. I spoke with one of the zookeepers who told me a lot of the cats are rescued from people who thought they'd be good pets. People don't realize just how much it costs to feed and house one of these cats, which is sad. Fortunately, there are places like Cat Tales Zoo that will take them in and provide good, life-long homes for them. 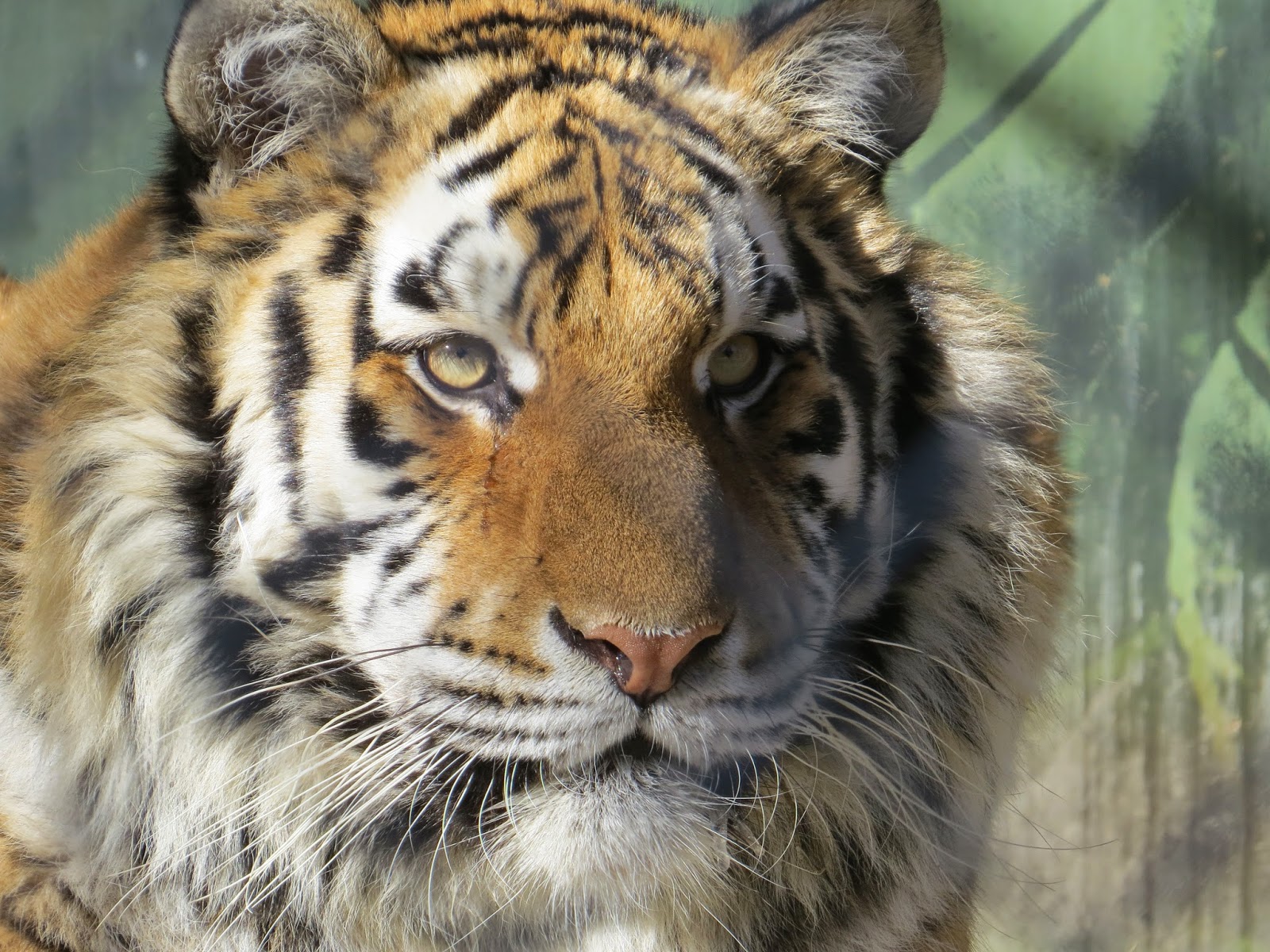 It was really windy when we were there, which knocked the temp down considerably, but I did manage to get some photographs. These were taken through the chain link fencing, so that's why you see some blurry gray spots. One of these days I'm going to learn to use my camera better so I can avoid all that. 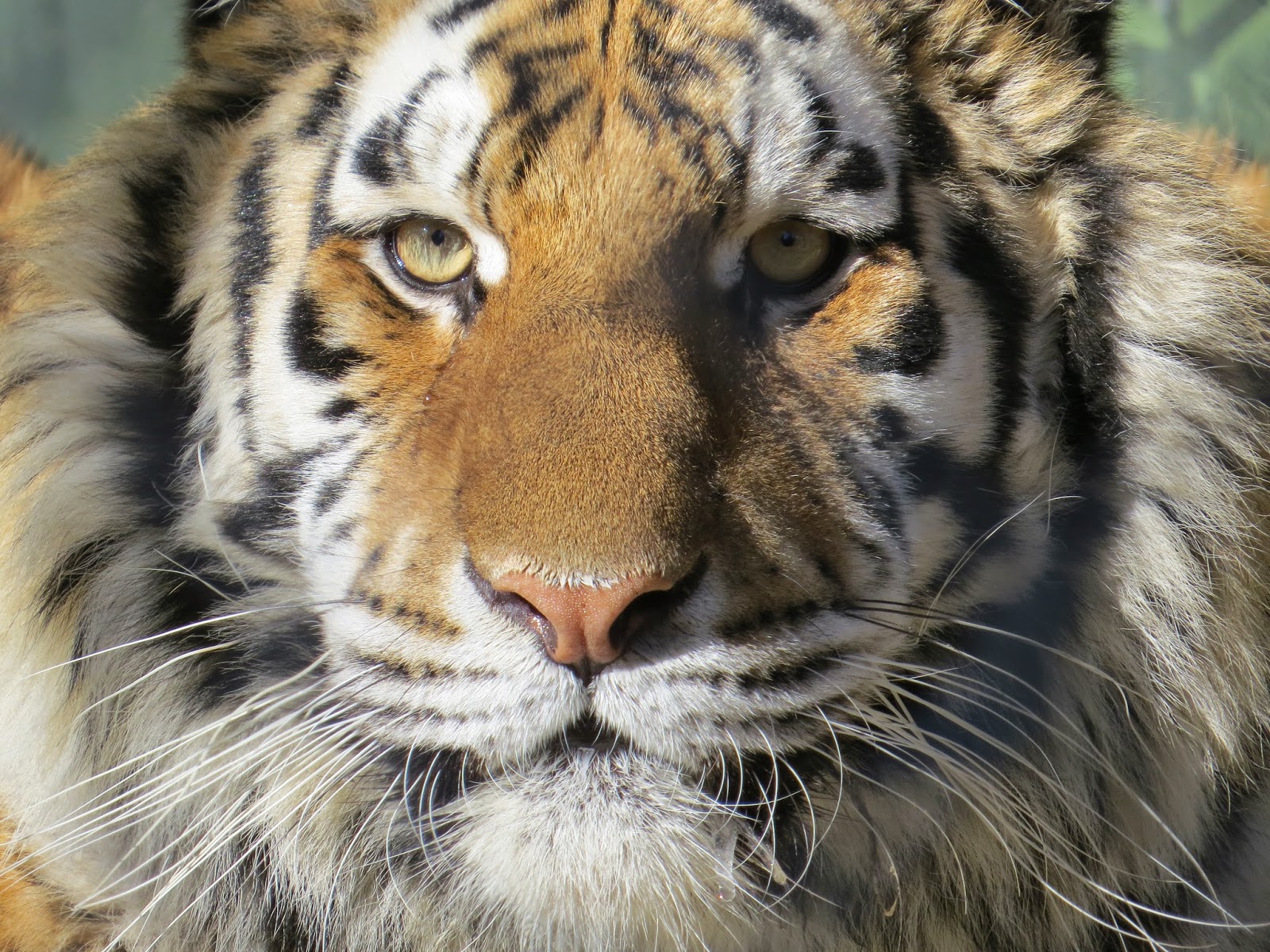 One of the coolest things was that I got to feed one of the tigers, as you can see in the first picture. Rick volunteered me. Ha! I was nervous at first, but it was totally awesome. There's a fence between the walkway and the animals' cages, so you can't get right up to them. In order to feed the tiger, I had to wait until the zookeeper opened the gate. Then he pushed this "cage" (shown in the picture) up to the tiger's area. As soon as he did that, the tiger—named Koshka—ran up and laid down right next to it. Then he got up and chuffed at the tiger next to him when she came closer to check it out. He knew it was HIS turn for treats, I guess! He had a bag of meat, which he put on a skewer. I then stuck it through a very small opening in the plexiglass. The tiger was SO gentle taking the meat off the skewer. 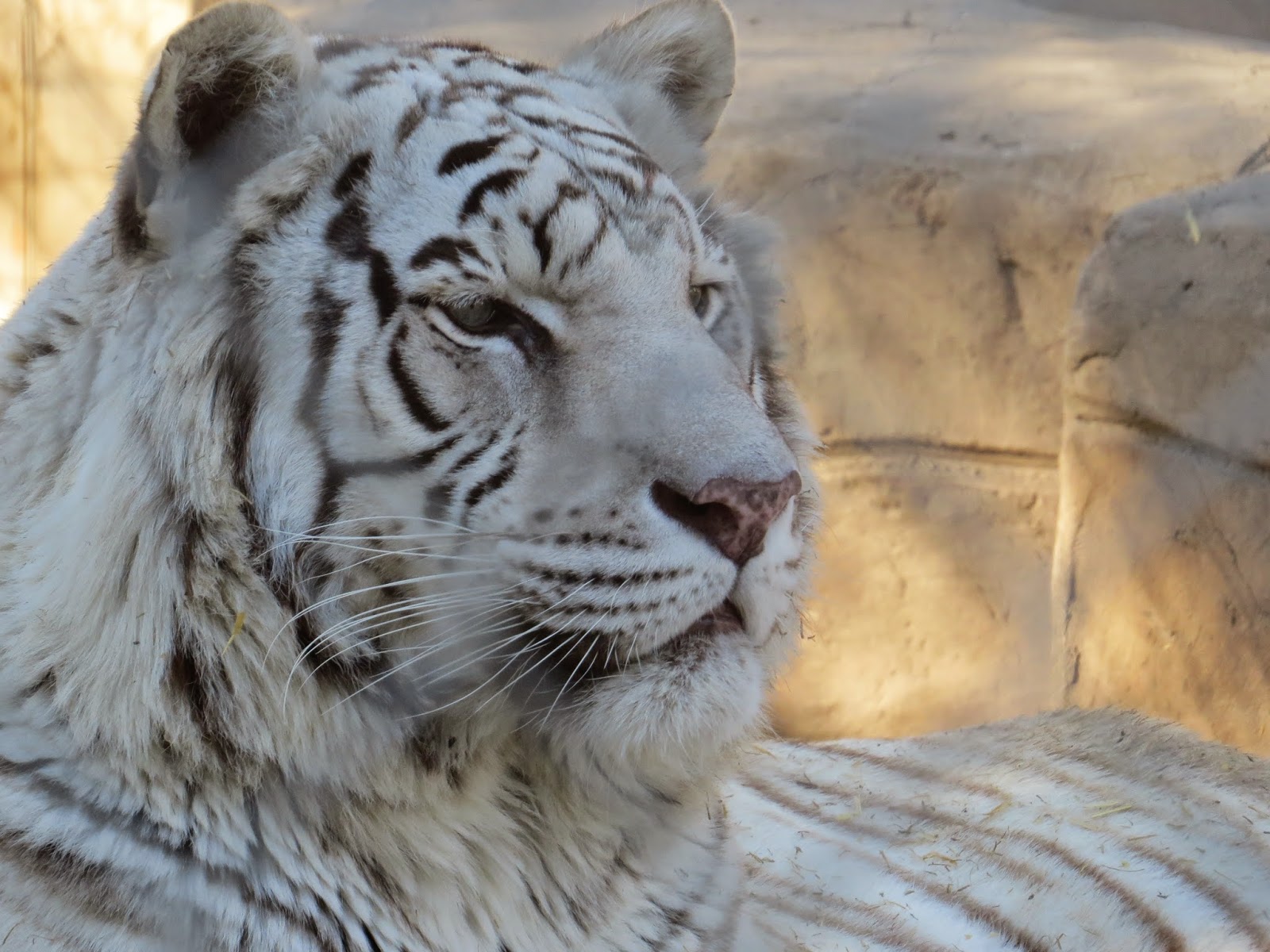 The tiger below with the fence over his face is the one I got to feed. After he ate, he went back to his little box enclosure and took a bath like a big, overgrown kitten. It was the cutest thing. 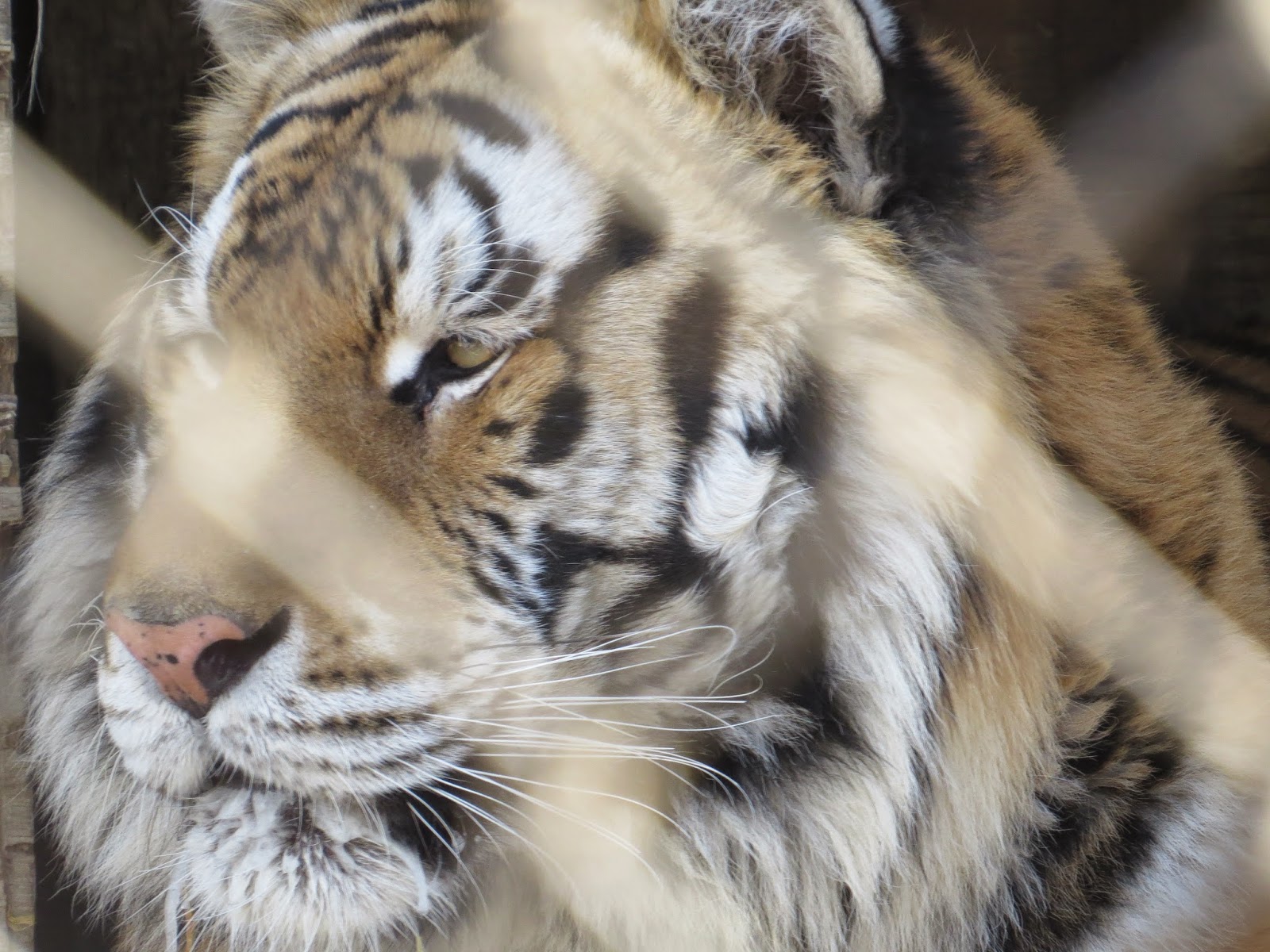 They only had one lioness this time. I spent so much time looking at the tigers that this was the only photograph I got of her. Anyway, it's a cool place, and I'd definitely go back sometime if I'm in the area. 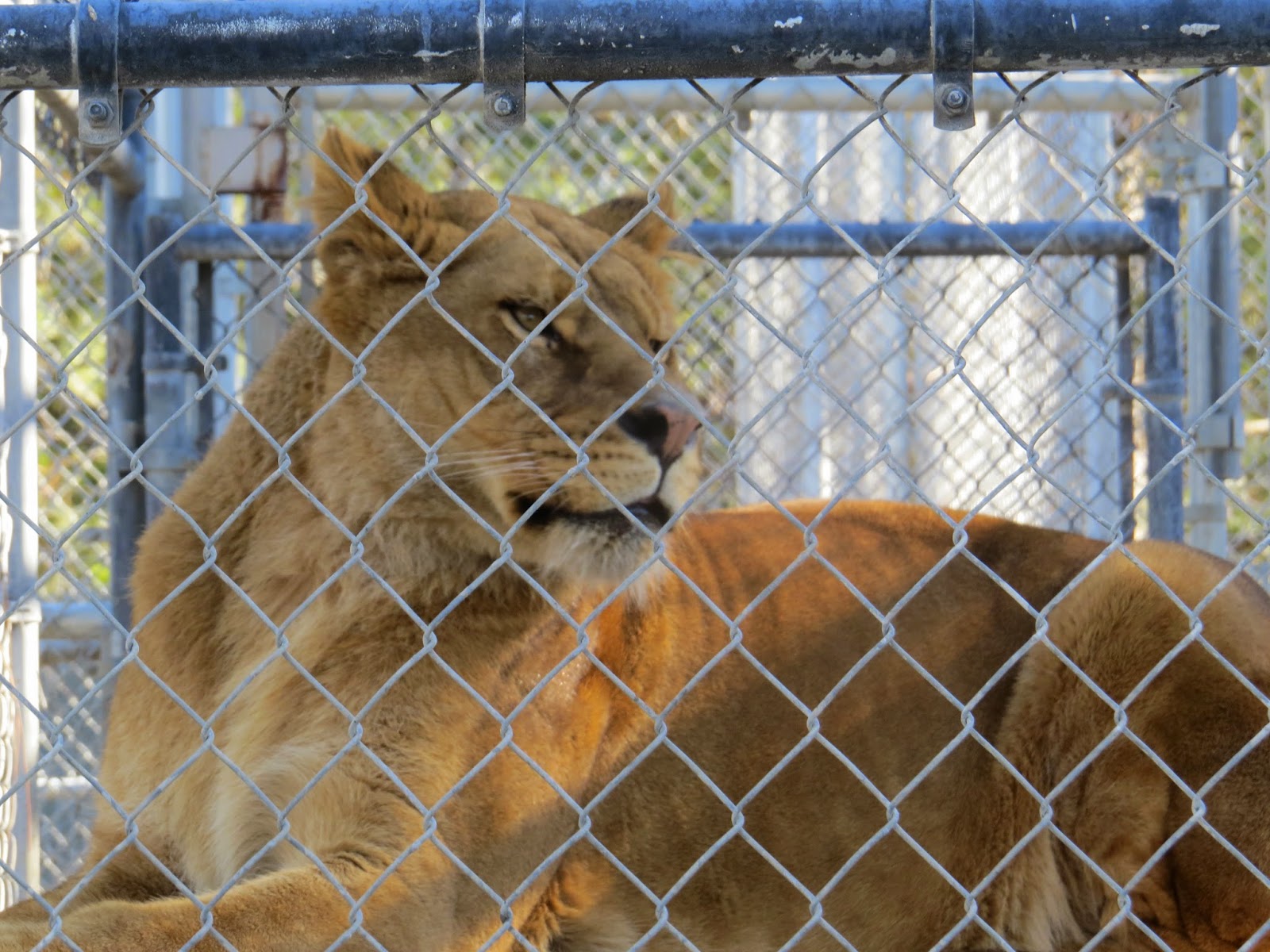 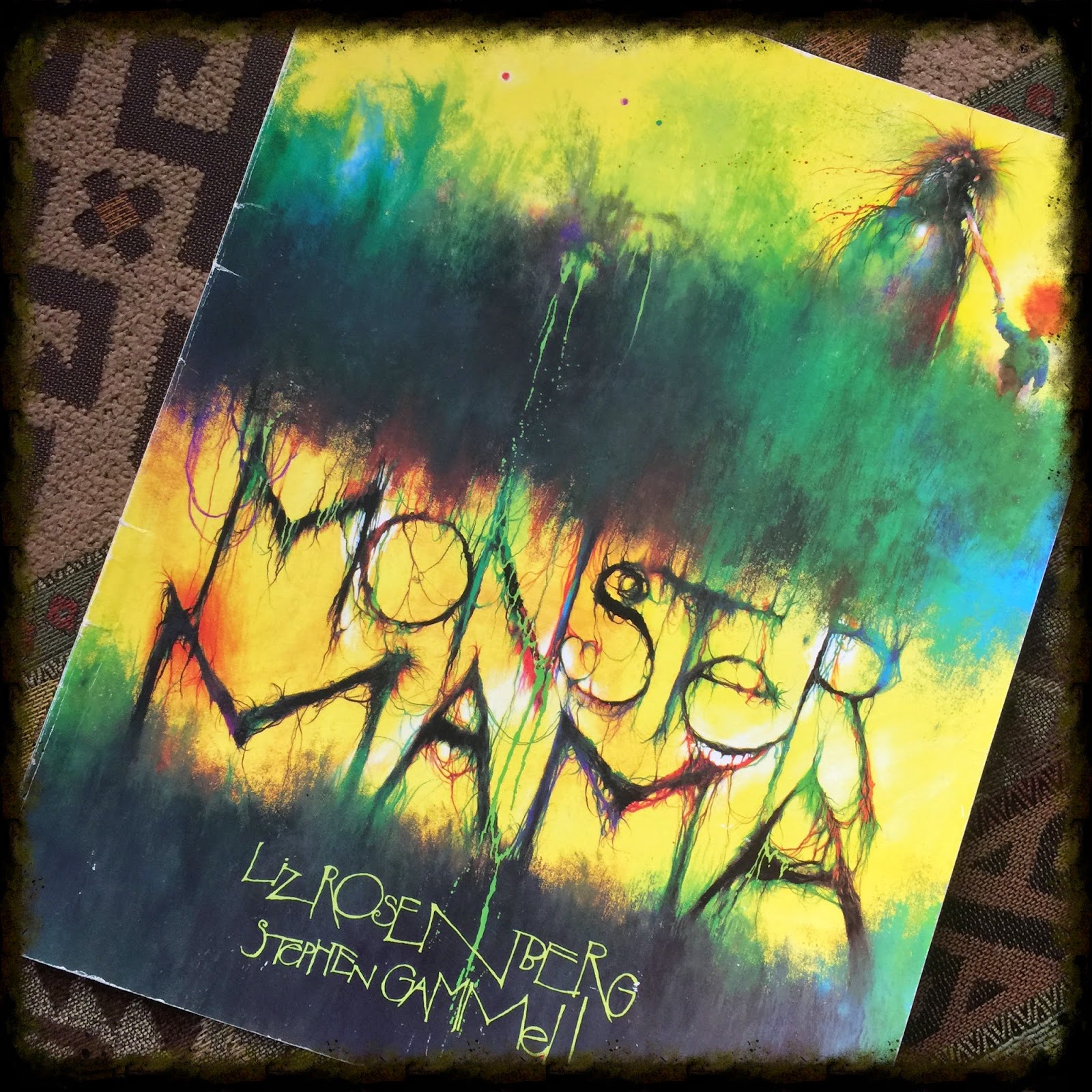 I found this book the other day. It was written by Liz Rosenberg, illustrated by Stephen Gammell, and originally published by the Putnam & Grosset Group in 1993. What caught my eye about it was the colorful, spattered paint illustrations. I like the darker, creepier type of picture books too, so that was a deciding factor in getting it. I don't recall it from when my girls were little, so it was new to me. The story is odd. This is the basic summary of Monster Mama ...

Despite the fact that his beloved Mama is a monster, Patrick Edward adores her,
until, one day, when Patrick Edward is attacked by three bullies, he discovers that
he might be more like this mother than he had thought.

Yeah ... that's all one sentence ... kind of odd. Since I bought the book used, I went on Amazon to read more about it. It has a lot of 5-star reviews from parents and teachers who loved the book and say it helped their children deal with bullying. There were a few negative reviews saying the book is too bizarre for children as young as four, or that Patrick Edward is also a bully by going after his attackers. Most of the reviews are positive, but I have to be honest, I agreed with the 1-star ones also.

On my first search, I found the book (which is now out of print) ranged from $30 all the way up to a whopping $400. That kind of surprised me. Upon searching again, I'm seeing lower prices. I don't know why that is. My first search was on my phone, but the second was on my laptop. That shouldn't make a difference, but even so, the prices really vary. I found the book at my Salvation Army thrift store and it's in really good condition. Softcover children's books there cost a quarter, but that particular day books were 50% off, so I guess I got a bargain.

If you've read this book, please tell me what you thought of it.
Posted by Rena Jones at 2:50 PM 2 comments:

I made it to TJs! 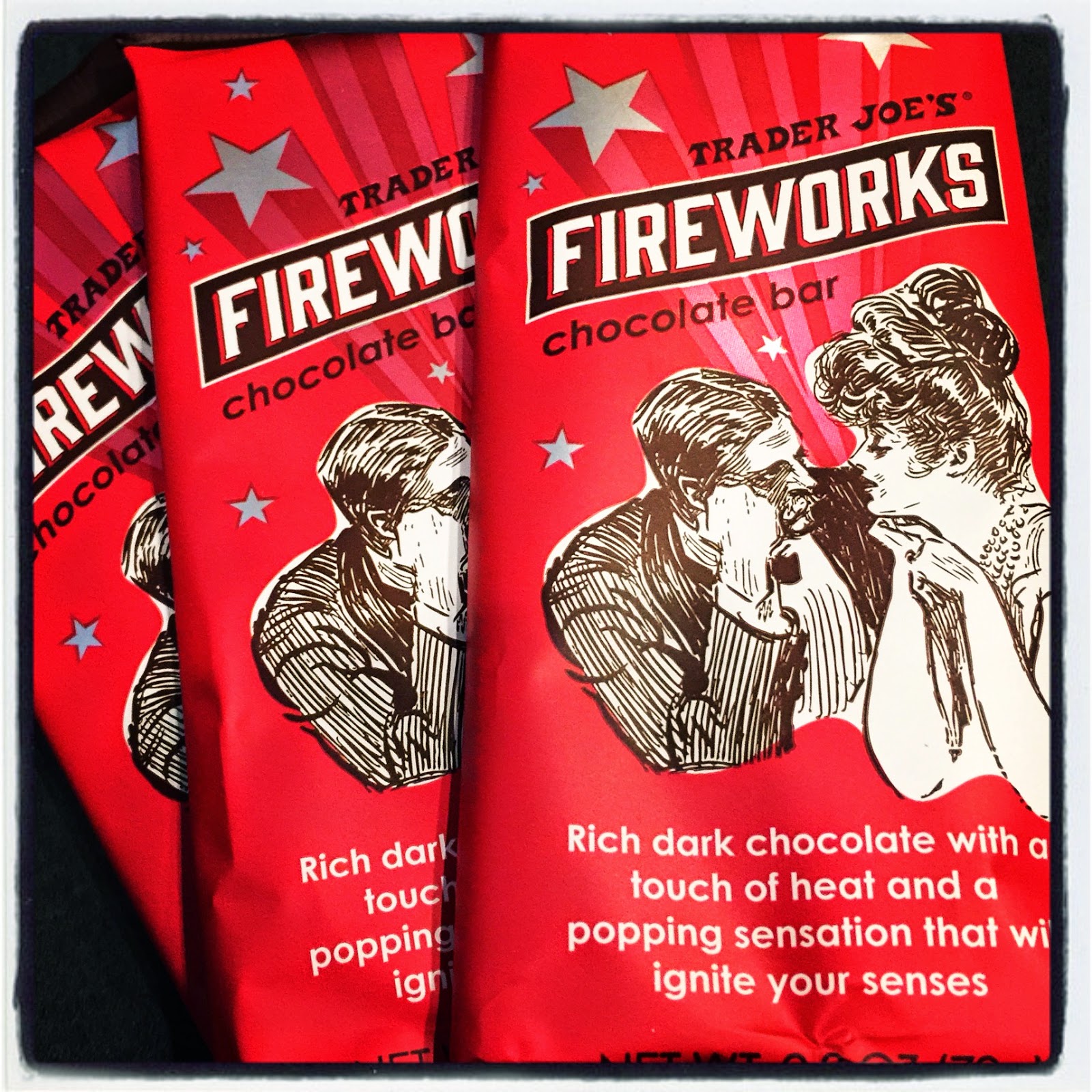 Last weekend Rick and I took a spur-of-the-moment drive out to Spokane, Washington. That's about a four hour drive from where I live. We didn't really have any plans—not even hotel reservations—so that made it kind of fun. We hit up all the places we don't have here like Barnes & Noble, Trader Joe's, and even a thrift store. 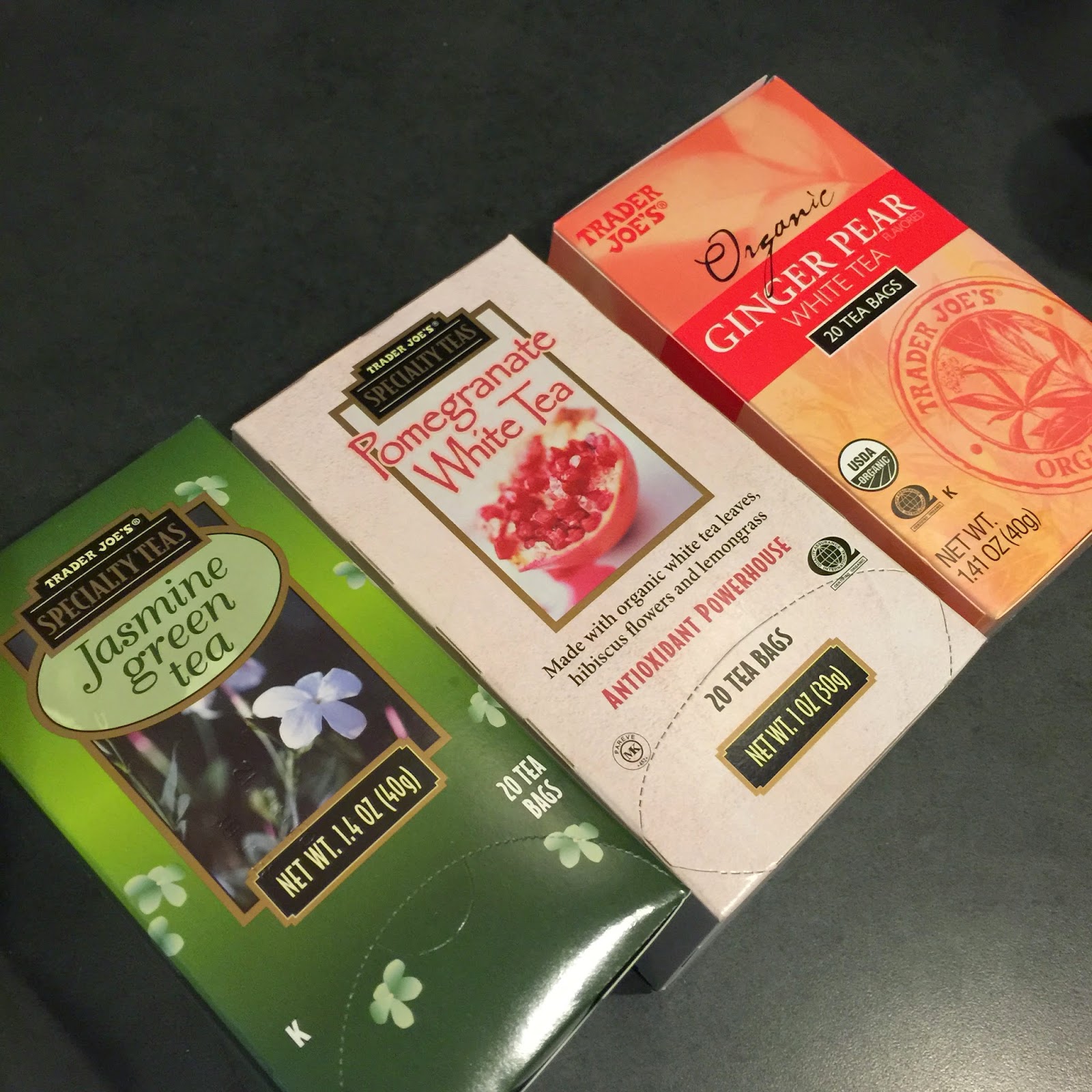 Since I don't get to TJs that often, I like to stock up on things other than perishables. I got some new teas, along with the Fireworks chocolate bars. I've never had those, but they sounded interesting. I also got things like salsas, some wine, crackers, and other stuff the kids like. I really miss not being able to shop there regularly.
Posted by Rena Jones at 1:55 PM 2 comments: