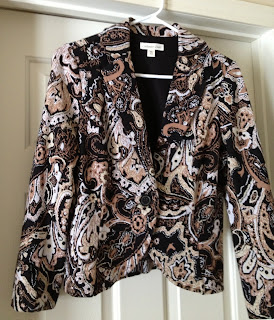 Rick and I went to lunch yesterday, but first, I made him stop at the Salvation Army thrift store. He hates that place, so I usually only go when I'm by myself. However, it was on the way, so Rick grumbled and sat in the car while I went in. There was a little, black shrug sweater I wanted to get if it was still there. I've looked at it something like three times, but never bought it. Of course, when I went back, it was gone. Bummer. I did find this tropical print blazer by Coldwater Creek. I looked online, but couldn't find this exact one to see how much it originally cost. Most Coldwater Creek blazers on eBay don't go for that much, but new ones on the website are generally over $100 each. At $4, I probably got a deal. It's waist-length and fitted, which is nice. 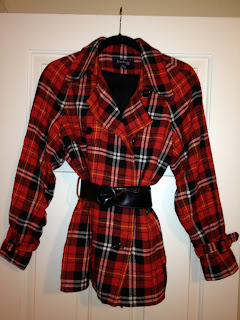 I also found this red plaid blazer by Evan Picone. I've been looking for one for awhile now, so I was thrilled to find this one. It's partially wool and needs to be dry cleaned, which is a bummer, but do-able. I blogged about it here, if you want to read more about it. I added the belt for the picture. It has belt loops, so I'm assuming it came with one originally, or at least with a waist tie, as a lot of Evan Picone blazers have. I'm looking forward to wearing it — maybe with a black skirt and some black boots or something. 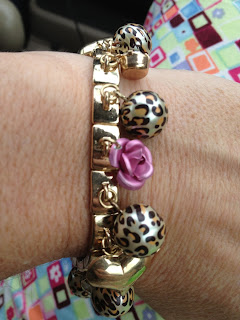 As I was waiting in line, I saw this little charm bracelet. There were several sitting on the counter and they were all in their original packages, so I'm guessing they were new. This one has little balls with leopard prints on them, along with roses, gold hearts, and a few other sparkly things. This was the only one like this, as the others were a different style and all the same. It jingles, by the way — a lot. So anyway, I was pretty happy with all my new finds.
Posted by Rena Jones at 1:06 PM 8 comments:

Portrait Illustrator Maker — I think this one was the closest to how I look. 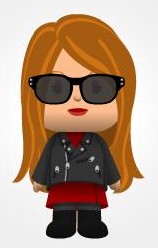 Pocoyize — this one makes funny, clicky noises when you do anything.

DoppelMe — look kind of like a zombie here. Couldn't color the eyes. 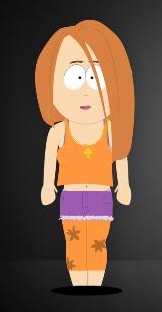 South Park Avatar Creator — which I do NOT watch, by the way. 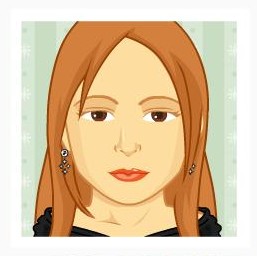 PickaFace — This one was weird because I couldn't find the right eyes.

And below are some older ones I had saved on the computer ... 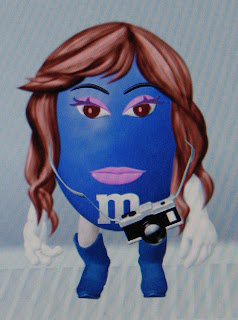 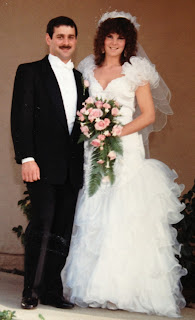 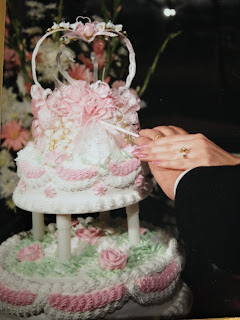 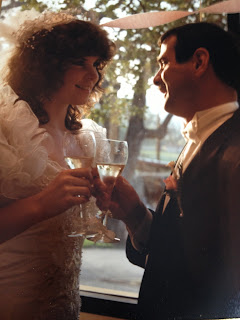 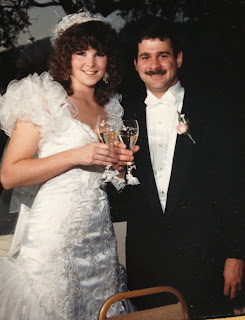 Happy Valentine's Day to everyone!
Posted by Rena Jones at 11:15 PM 11 comments:

I was looking through my pictures earlier today and came across these two. I remember taking them both. To be honest, I never put it together that I took them of us posing the same way. It just struck me odd, so I thought I'd put them together for one of my photo comparison pictures. Maybe I'll take more with the rest of the family.

What's on the wall is actually one of those blankets you can order with your photograph printed on it. I took that picture of the mountain goat a few years back in Glacier National Park. To this day, it's still one of my favorite pictures I've ever taken. Mountain goats are really cool.

A lot of people on Facebook are asking me to post the story how I met Roger Daltrey of The Who, so I'll be doing that soon. It's not super exciting, but it was to me at the time. I've met him several times, but not nearly as much as some of my other friends from my old Who Days. I don't think I've ever blogged about it, so I'll try to do that soon. Look for it here, if you're interested.
Posted by Rena Jones at 6:42 PM 4 comments: 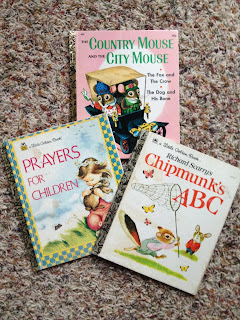 Well, they're new to me, anyway. I actually might have Prayers for Children, but if I do, I think I have a different cover and/or illustrator. I was really happy to get The Country Mouse and the City Mouse from my mother-in-law recently. I found it in her garage last September when I was visiting and I meant to ask if I could have it. Apparently she got it from McDonalds as part of a Little Golden Books deal they were doing with their Happy Meals. Chipmunk's ABC is cool. All those old ones by Richard Scarry are awesome. I love his illustrations.

I apologize for slacking off on visiting everyone's blogs lately. I'm going to get back into that this week. It's been a crazy week with it being my birthday on the 8th and then Neil's birthday today. We've had birthday cake coming out of our ears! It happens every year. By the time I feel like I'm recovering from all the Christmas goodies, both of our birthdays come up. One of these years I'm going to get everyone to agree to celebrate my birthday one day late and Neil's one day early — February 9th. That way we can both celebrate with just one cake. By the time the cake is gone, we're hit with Valentine's Day. This year it just happens to be our 25th wedding anniversary. No more cake! I need to get into my summer clothes by May ...
Posted by Rena Jones at 9:56 PM 3 comments: 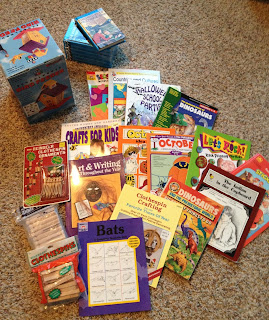 I got a package the other day and here is a picture of some of the things in it. This is one nice benefit of having a mother-in-law who is a retired school teacher. She's always giving me things. This box has a lot of craft books, which I really love. I swear, my MIL is awesome. I have enough construction paper and crayons to last through all of my future grandkids!

Speaking of being old — today is my birthday. I'm 48 today, but I really don't feel that old. I don't know. I guess that's silly to say. Do we ever feel our age? Anyway, I have been totally blown away with all the birthday wishes on Facebook today. It's been unbelievable. I feel so blessed to have so many great friends, even those I've only met online.
Posted by Rena Jones at 5:18 PM 1 comment: