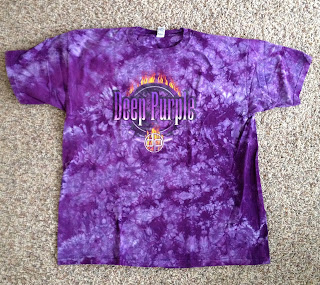 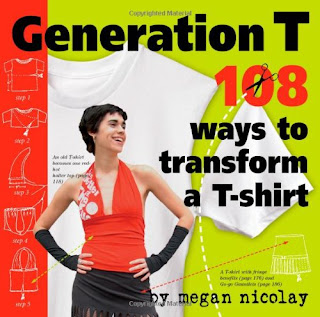 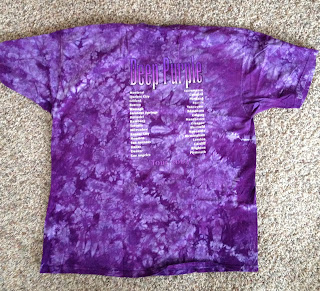 This is the back of the shirt with all the cities they toured in 2004. It's a really cool shirt and I'd like to make it into something a little more fashionable. Have you ever transformed a favorite tee shirt into something else? If so, how did it turn out? I'm scared to mess it up. Maybe I should just sell it on eBay and buy myself a cute, red plaid dress instead.
Posted by Rena Jones at 3:58 PM