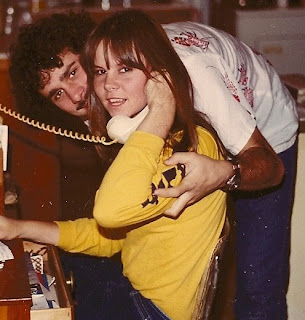 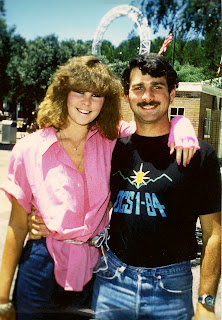 This last one was taken in 1984, so it was a few years after we'd been dating. I only remember the year because of Rick's shirt. And again, this one was taken at Six Flags Magic Mountain. We went there a lot in the 1980s. By the 1990s, the place was riddled with gangs, so we stopped going. Anyway, it's incredible to think that I've been with Rick for 32 years!
Posted by Rena Jones at 11:24 AM