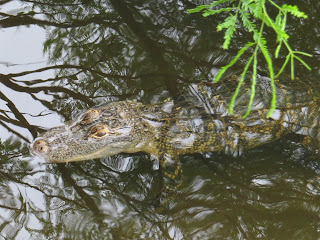 While we were at Walt Disney World last month, we spent a few days at the Animal Kingdom. It's one of our favorite parks, but I never get to spend as much time there as I'd like. When we were ready to leave, we decided to stop and rest before heading back to our resort. We went to the Flame Tree for a soda. The restaurant was still open, but since it was so close to closing time for the park, hardly anyone was there. We walked down and sat at the tables by the water. 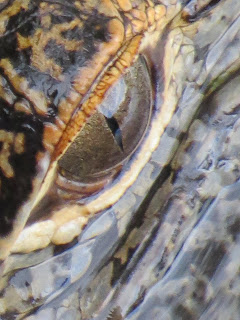 That's when we saw this alligator. He (or she) was right by the end of the water, just next to the platform where the tables were. We were pretty high up, so there was no way it could get to us, or vice versa. I think alligators make my mother-in-law nervous. She took a look and then proceeded to get ready to leave while the rest of us stood around taking pictures. 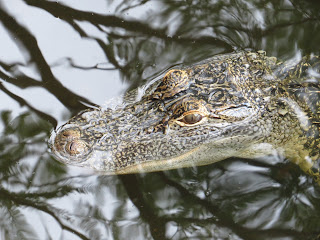 I've only seen two or three alligators in the wild before — all were in Florida. My first one was by the boat dock at the Wilderness Lodge. I've posted that picture before. The others were in swampy areas that I saw from the Disney buses or buses to the airport. I didn't get any pictures of those, unfortunately. 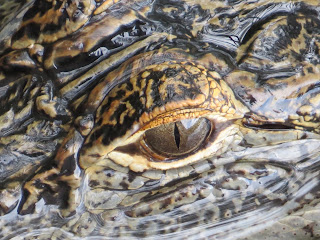 Anyway, this isn't an animal I see in Montana, so I get a kick out of seeing them in the wild. 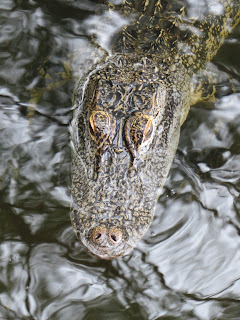