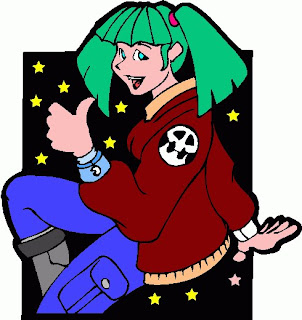 I went to the dentist today. Initially, my appointment wasn't until April, but they had an opening and called yesterday to see if I wanted to come in sooner. I did because I wanted to get this tooth finished, but the bad part was that I had to be there at 8:50am. My dentist office is an hour drive away, so I had to get up earlier than usual. Well, I'm usually awake that early, but it's rare for me to be up and out the door. Fortunately, Nicole had an appointment at the same time, so that worked out to our advantage.
The good news is that my dentist was able to fix my tooth without having to remove my crown. You might remember me talking about getting a crown awhile back and then later on finding out I had to have a root canal done. When my dentist tried, it was too calcified and he wasn't able to do it, so I was sent to a specialist. I put that off for as long as I could, even with the temporary filling coming out a few times. I finally had the root canal done last month, but she noticed a bit of decay under the crown and said I needed to have my dentist fix that. That's what I get for going without that temporary filing for so long. Duh.

Anyway, I was told I might have to have the whole thing taken off and a new crown made, so wasn't too happy. Those things are so expensive and I'm at the end of my insurance because that stupid root canal used up so much. So anyway, I was really happy he was able to fix the tooth without having to remove or replace the crown. He didn't even numb me because of the root canal. This is the second visit I've had where he's worked on me without Novocaine. That's so weird to think about. {{{shudder}}}

On our way home we stopped at the Salvation Army to look for books. Nicole mentioned how she was on a quest to find Ramona and her Father. It's the only Ramona book we don't have. What's so flipping weird is that she actually found it! Of all the Ramona books there are, what's the chance of her finding the only one she wanted? I guess it was her lucky day. We also found two GI Joe's for the boys, so they were happy. I got six new Little Golden Books to add to my collection. I think they were a dime each -- can't beat that. I also found four simple, knit tops. Since losing weight, I really don't have many tops I can tuck in. I've been wearing long, baggy tops forever, so I was happy to find a few. One is a tank with a Mickey Mouse print, so that will be perfect for our upcoming trip to WDW.

Anyway, I thought this was all pretty cool. I am so happy I don't have to dish out a bunch of money I don't have for a new crown. That was great news. The books, GI Joe's, and tops were kind of cool, too. What's cool in your neck of the woods?
Posted by Rena Jones at 4:18 PM