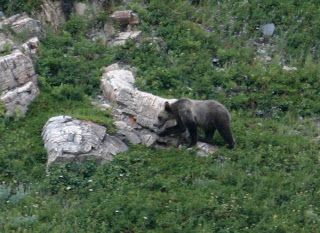 Rick's sister was here visiting for a few days, so we took a couple trips up into Glacier National Park. One day we went to the east side of the park to Many Glacier. It's a beautiful area. This was only our second time there because it's pretty far from where we live. Both times we've been there though, we've seen grizzly bears on the hill. This time they were a lot closer, even though they were still way up on the hillside. We saw a sow with two pretty good sized cubs. Rick has a great zoom lens, but his camera is pretty old, so it doesn't have a lot of pixels when you crop them. However, you'll be the general idea from these. 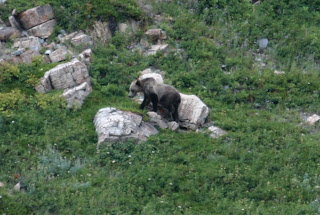 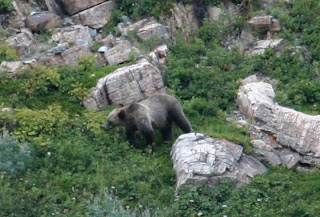 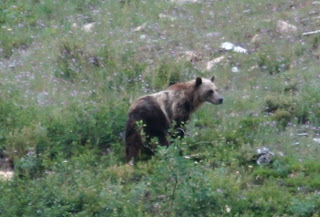 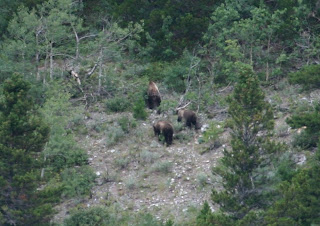 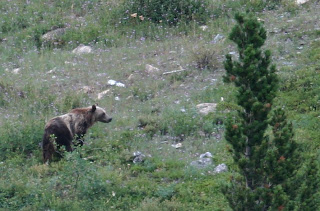 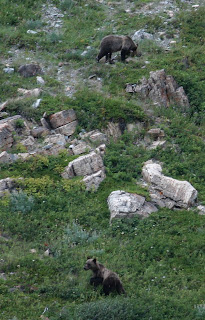 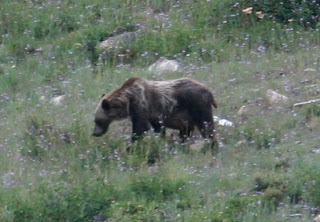 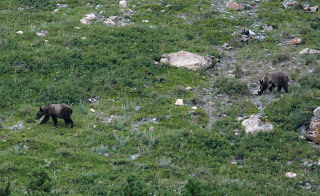