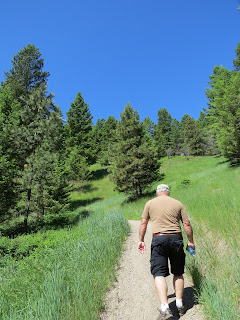 Rick and I decided to take a hike through Lone Pine State Park earlier today. We had planned on driving to the top of the mountain, parking at the visitor center, and checking out some maps before we headed onto the trails. It's not a huge park, and I think there are only about 7 miles of trails. Even so, we weren't familiar with them, so we wanted to get a map to see where to go. 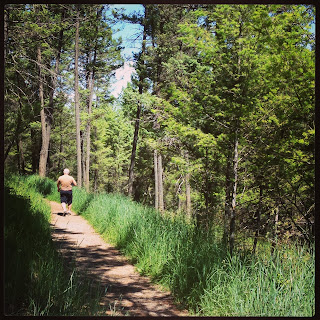 Then we changed our mind and parked at a lower trail head we'd seen previously. We figured we'd walk up to the visitor center instead. We asked some people which trail was harder, and then we ventured onto the one we thought they said was easier. Turns out, we walked on one of the harder ones. It wasn't too bad. I guess all those squats I've been doing have paid off because I felt pretty good the entire time. Rick, on the other hand, is on medicine for high blood pressure, so that made it harder for him. He managed okay. It was a little over a 700' incline. 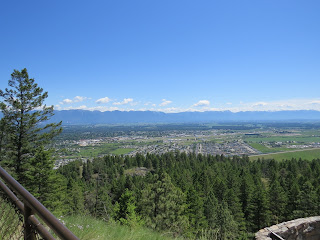 On our way back down, we decided to go the hardest part, which was still not too bad. It was steep in some places, so I was glad we went that way coming down and not going up. 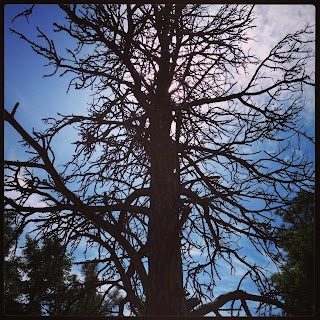 I took a few pictures, but not that many. I don't know if it's my new camera, my eyes, or what, but I've been having a hard time getting my photographs to turn out the way I want them. I kind of think it's a combination of everything. My eyes are getting worse, and it's hard to see without my glasses. Plus, sometimes when I'm outside my eyes start watering something awful, which just makes it worse. Then I have the issue with having to deal with a whole new camera and all. 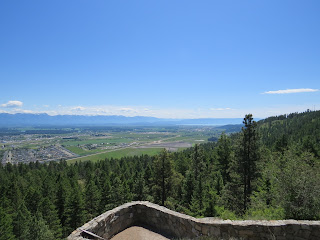 The photo above is looking south from Kalispell. You can sort of see a lake there. That's Flathead Lake. I live on the east side of that lake. It looks really far away, but it's only about 20 miles from Kalispell to Bigfork where I live. 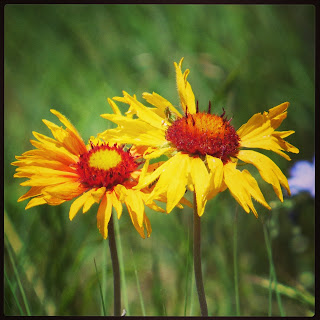 We saw some pretty wildflowers. I believe these above are blanketflowers. I could be wrong. I only saw these two, and they look kind of hammered, but I still thought they were pretty. 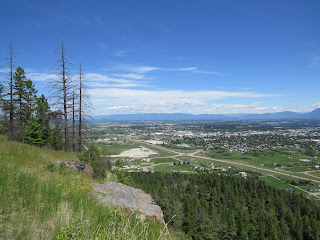 It was such a beautiful day, so it was perfect for hiking. We got back in time for me to put dinner and desert in my crock-pots. I told Rick I'd make him lasagna for his Father's Day dinner tonight. I also made a cherry dessert in one of my smaller pots. I hope you had a nice Father's Day!
Posted by Rena Jones at 9:43 PM