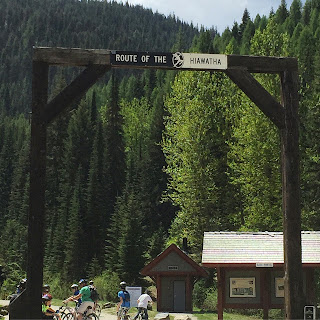 Yesterday Rick and I took the boys on the Route of the Hiawatha bike trail on the MT/ID border. It's about a 15 mile trip, but goes mostly downhill at a 1.7% grade, so it's relatively easy. Anyone can do this, even little kids and old people like us. There's a shuttle bus at the bottom if you don't want to ride back up. They fit about 24 people on the bus, including all their bikes. 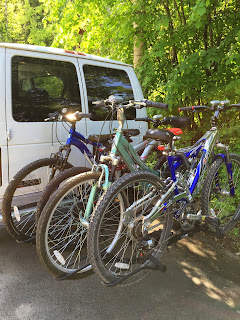 With four bikes, our van is becoming quite a site. Sad thing is, we use the van to pull our travel trailer, so a lot of times when we go camping, we don't bring our bikes. Rick just ordered a hitch for the front of the van though. I can't wait to see how that looks with the bikes on front, kayaks on top, and the trailer behind. We'll be like a miniature train! 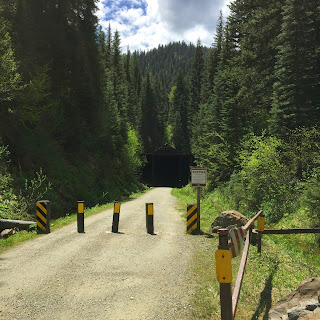 The trail goes through nine tunnels and seven high (very, very high!) train trestles. The photo above is the Taft Tunnel. That's the first thing you encounter and basically you're riding through a mountain. The tunnel is 1.66 miles long. That doesn't sound like far, but picture it in absolutely darkness. To ride the trail you're required to have lights on your bike and wear helmets. We've done the trail before, so this time we had extra headlamps. Those really came in handy in the Taft Tunnel. The only thing you see are the lights from your bike and other riders. Even so, they only look like little white dots from their lights. 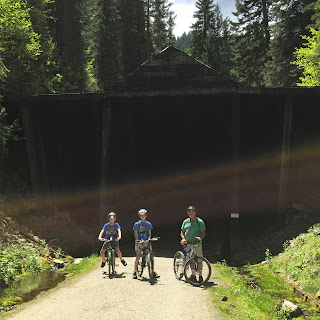 Here's a photo of Rick and the boys right before we went in. It's just the craziest thing. It's one of those love/hate experiences where you're thinking, "Oh my God! This is awful!" and "Damn! This is so freaking awesome!" They have a few yellow construction-like lamps throughout the tunnel, but they really don't light it up at all. All you hear is water rushing down the sides of the rocks. The trail had just opened the day before too, so it was still pretty muddy. Most everyone had mud splattered down their backs and behinds. Neil and I managed to miss most of that. 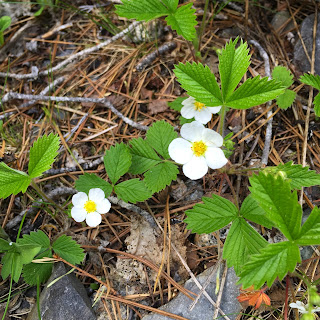 The first time we rode the trail had to have been in late summer because I remember the daisies that were growing everywhere. We were so early this year, so not many wildflowers are in bloom yet. I saw mostly dandelions and some wild strawberries. 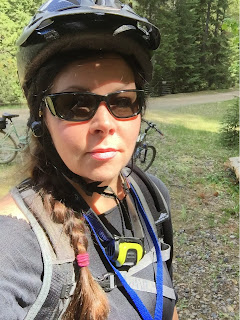 Here's proof that I look really stupid in a bike helmet. 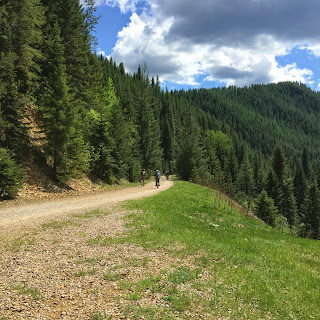 I didn't take many pictures. It's just so hard while riding. I think the first time I rode the trail I had my camera around my neck. That was awkward. This time I just took a few pictures on my phone. I believe the one above is of Rick and the boys riding in front of me. 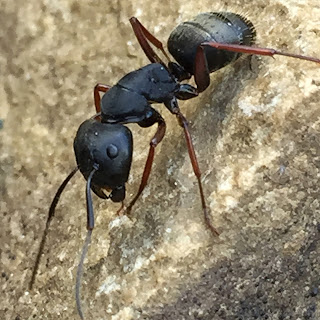 We stopped on the route to munch on some snacks, and while we did that, Neil took this picture of an ant. This was taken with my iPhone 6+. He got an amazing close-up! He lucked out too because this ant just happened to stop for a moment. Absolutely amazing! 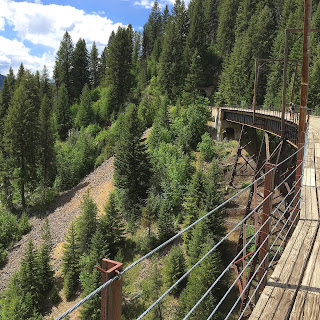 I only took a few pictures from the trestles we went over. This is one above, and the photo below shows another trestle we would be crossing over later. Even though the trail is 15 miles long, since it goes slightly downhill, you can get down it fairly quickly. They say it takes about 2.5 hours on average, but I heard another man saying he did it in an hour. I guess if you peddle hard, don't stop, and don't bother looking at anything then you could zoom down pretty fast. 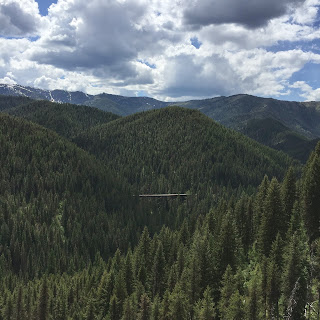 The last time we were on the trail, Neil had just gotten the hang of riding a bike. He can ride so much better now. Here's Nathan & Neil standing on one of the trestles. We were so far up! 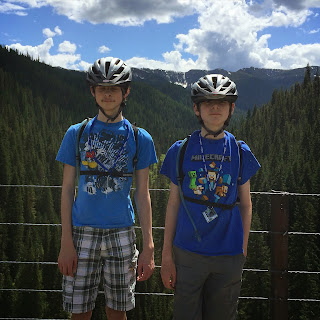 It's a fun trail to ride on, so I was happy we finally made it back. I figured it would be busy on Memorial Day weekend. It was, but it was way busier than any of the employees had ever seen it. I guess that was because the weather was so nice. The shuttle bus took over an hour to get on. They were a little overwhelmed, which must have been crazy for them because the trail just opened on Saturday. Rick decided to buy us season passes, so we will be going back. The passes pay themselves off after about 2.5 trips. I'm not sure when we'll be back, but it will be soon because the season only runs from May through September.
Posted by Rena Jones at 11:01 AM