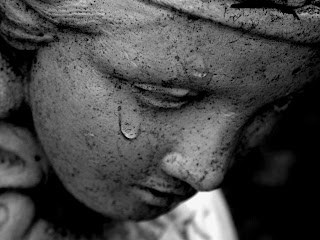 I apologize for not being around much or reading all of your great blogs these past few days. Saturday night we received a phone call informing us that a very dear friend had died in a skiing accident. It was so unexpected. Scott was only 29-years-old. He worked with Rick as a probation officer for the state of Montana. I didn't know Scott as well as Rick and his co-workers, but I could tell he was an incredible young man. He was the type of guy you'd want your daughter to marry or even make you wish you were 20 years younger and single. There couldn't have been a sweeter, more handsome guy anywhere.
Scott was snowboarding with his friends on Saturday. They were finishing up their day around 1:30-2pm and agreed to meet at one of the bars at the bottom of the hill. Scott didn't come down with his two friends, but they didn't think much of it for awhile. Scott was an excellent snowboarder who knew literally everyone, so they just figured he was out having fun and would show up later. After some time passed, they got worried and started calling around to see if maybe he had left the resort and went home. No one had seen him and it was getting dark, so they called search & rescue. They began searching around 5pm, but it wasn't until 7:45pm that they found his body. He had fallen in a tree well and suffocated. Up until Saturday night, I didn't even know what a tree well was. Apparently, it's an area filled with very powdery snow at the base of a tree trunk. They've conducted tests and 90% of the people tested could not get out on their own. The survival rate of falling in a tree well is very, very low. When they found him, all they saw was his boots and board. Scott was 6'5" tall, so these wells can be very deep.

Rick is devastated. He and Scott were very good friends. Considering we're still fairly new in the area, I'd even say he was one of his best friends here. I've listened to him talk and always got the impression that Scott looked up to Rick almost like a father figure. When Rick decided to design a new program for the parole/probation academy, Scott was the one he asked to help him. Today was hard. I had a dentist appointment in Whitefish and had to look at the ski resort runs for the entire drive up. Then we stopped at Costco and I nearly choked up when I stood in the same aisle that I saw Scott last. That was right before Christmas. He was talking to my boys about snowboarding and encouraged them to keep practicing. On our way home, we stopped at Little Caesars to pick up a pizza for the kids. Rick said the last time he was there, he ran into Scott who said, "Great minds think alike."

Even though I wasn't as close to Scott as everyone else, the world seems a little darker. Scott had so much to offer. He's been a cop, a school teacher, a probation officer, and was currently thinking about law school to become a lawyer. He loved history and reading and was the type of person who would do everything he could to make the world a better place. Scott didn't work on Fridays, so Thursday after the bosses had gone home, he got on the PA system and announced a staff meeting. They all just sat around and BS'd for the last hour of work. That was the last time Rick saw him. Ironically, Scott had never done that before, which makes you wonder what inspired him to do it. I can see it now was a blessing they got to spend that hour with him.

Please, if you ski or snowboard or even snowshoe, please read this link -- Tree Well & Deep Snow Safety. Like I said, I didn't even know what a tree well was. I don't ski deep powder, but I have cut across it with snowshoes, not knowing I could be putting myself or my family at risk. If you or anyone you know is into outdoor winter activities, please have them read this link.

My heart breaks for Scott's parents. He was an only child and was taken entirely way too soon. The world has lost a wonderful young man. Rest in peace, Scott. You will be missed by many.
Posted by Rena Jones at 7:45 PM