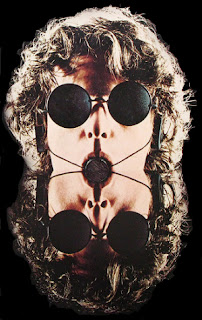 It seems Roger Daltrey had it right in Tommy. I need a pair of solid glasses to block out things I shouldn't see, earplugs to block out things I don't want to hear, and a big cork to keep my mouth from saying things I shouldn't say. No matter where you go these days, whether it be in person or on a social networking site, people are so opinionated. I'm no saint and I say things people don't agree with or believe it. However, I try not to throw political or religious things at people because I know it only makes them upset.
When I first joined Facebook, it was because a lot of my friends from another message board had moved there. I wanted to stay in touch with them, so I finally joined. Soon after, I started adding writer friends, family, classmates, and so forth. Lately though, it seems the entire site is just a platform for political and religious hatred. I'm not into that. I've unfriended a few people recently because they seem so hateful. I don't mind people having an opinion or even expressing it, but when it just comes down to hate and not facts, then I have a problem. I don't want to be that way and I'd hope my friends would put me in my place if I did.
I recently had a total stranger send me a request. He was mutual friends with someone I admired and respected, so I didn't think much of it and accepted him. The ONLY time he said anything to me was to spew his hatred of Elvis when I posted a picture or something. I didn't even know this guy. I mean, if you don't like Elvis, that's fine. I could care less. It just struck me odd that his only comments were to tell me Elvis was a bum, a womanizer, a drug user, and so forth. What was his point? Why did he send me a request if the only thing he was ever going to say was how much he hated Elvis? Is it just because it's the Internet and he felt like he could say whatever he wanted? If I walked by him in a store with my Elvis purse, would he stop me and tell me how horrible he thought Elvis was? It just makes me wonder. What bothered me more was that the mutual friend we had in common was the leader of a very prestigious Christian organization. I suppose that's why I didn't think twice about accepting his friend request. Some friend, huh?
I don't know why I'm even posting this. I'm just ranting really, although I probably sound like the parable of the Pharisee and the tax collector. I'm no better than anyone else. I know that. I just hope if I start spewing out things like some people do so freely that one of you will tell me to shut up.
Posted by Rena Jones at 1:11 PM