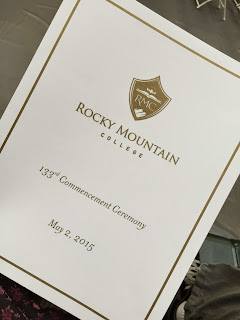 I wanted to post these photographs earlier, but we left on a trip to Florida right after Nicole graduated. Her commencement ceremony was on May 2nd at Rocky Mountain College in Billings, Montana. Her grandparents both flew up to attend, as did her aunt and uncle. My father-in-law, Richard (pictured below) is battling cancer, so he was especially happy he was able to attend her graduation. It meant a lot to him and Nicole. 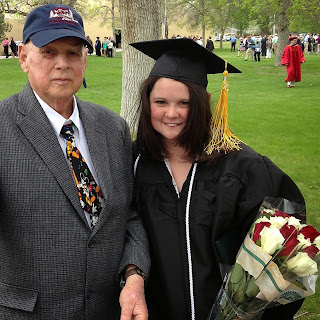 Below is a picture of Nicole with two top officials of the college. Nicole works part-time for the college, and her boss is pictured on the left. On her right is the president of the university. 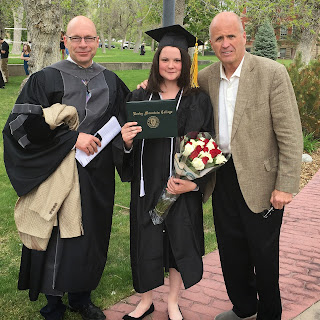 It was hard to get good photographs of the ceremony itself, since there were so many people walking by. Nicole just happened to stop in front of us at one point, so we were able to get this shot of her waiting to go up on stage to receive her diploma. 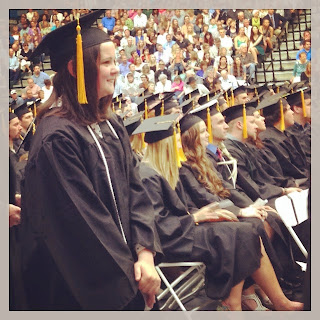 After the ceremony we went to dinner at the Montana Sky restaurant on the top of the Crowne Plaza hotel. That turned out to be really nice. The food was amazing and we got a whole room all to ourselves. It was great being able to talk without having to yell over a crowd. 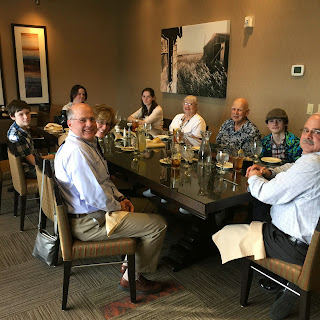 My ILs surprised Nicole with a new car for graduation. It's actually used, but it's in way better condition than her old car. We found it here in the Flathead and then drove it out to her. 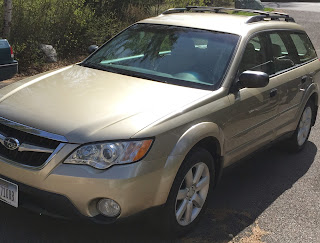 For those of you who asked on my last post, she majored in English Literature. As of now, she is still living in Billings and working for the college and a local coffee shop, so she's keeping busy. I talked to her last night and she told me it was so nice not having homework anymore. We are so proud of her! Congratulations, Nicole!
Posted by Rena Jones at 8:53 AM