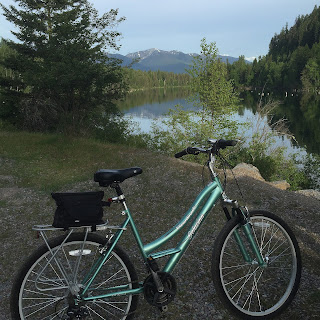 Yesterday Rick added a hitch to the front of our van. We have one on the back already. We use it for the trailer or the bike rack. Thing is, we can't do both at the same time. Either we pull the trailer and leave the bikes home (or stuff them in the back of the van), or we take the bikes and leave the trailer. So, he ordered a special hitch for the front. I can't even imagine what we're going to look like with four bikes on front, two tandem kayaks on top, and the trailer behind us. Anyway, to make a long story longer, he wanted to test it out so we drove over to the Swan River Nature Trail. It's here in Bigfork, and it's only a couple of miles from the house. 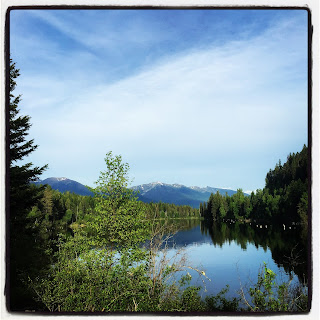 The trail is two miles one way, so we only rode four miles total. Even so, it's all along the Swan River, so it's a really pretty ride. Here's a link that tells more about things to do in Bigfork. 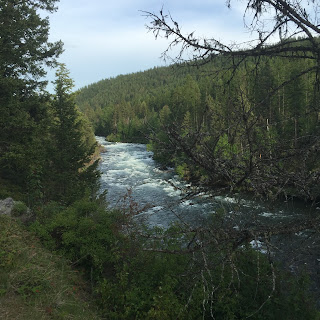 This area of the river is also known for the Wild Mile during the Bigfork Whitewater Festival. Apparently, it's a Class IV section of the river. I believe the festival was just a few weekends back. We've watched it before, but we didn't go this year. I live on top of that hill, by the way. 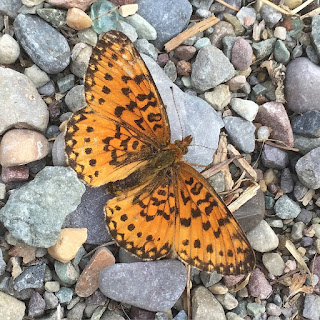 I almost stepped on this pretty, little thing while getting on my bike. One thing I'm going to buy this summer is a Montana or northwestern book on butterflies. It's so hard to find them online. I'd also like to get a local book on mushrooms, but that's a post for another day. 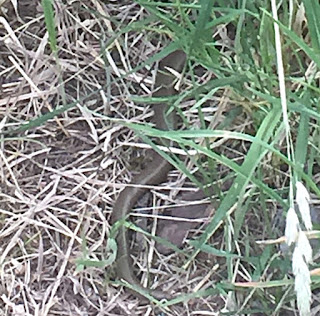 And finally ... here's is the tail-end of the snake that I accidentally ran over. Trust me, I didn't mean to. I felt just awful. I only saw it right as my tires were right on it. I had no way of swerving or avoiding it. I stopped and turned around. It coiled up like it was totally ticked off, and then it slithered off the road and into the bushes. It seemed to be moving okay. I hope so. I don't really like snakes, especially super ugly brown ones that look just like sticks. Even so, the last thing I want to do is hurt one. On the ride back, every darn stick looked like a snake. Eeek!
Posted by Rena Jones at 9:05 AM