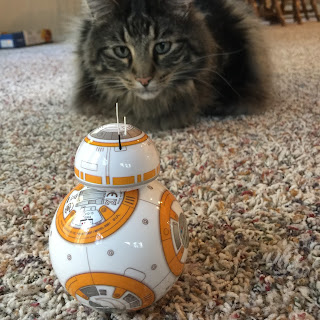 Thanks to my friend Kaylyn for alerting me that today is National Pet Day. Of course, it's that day everyday here. At least that's what Denny would have you believe. These are my pets pictured here ... Denny and an aquarium of tropical fish. I will tell you what today is NOT ...

Nope, it's not any of those. It's National Pet Day, plain and simple. If I sound irritated, that's because I am. I'm so sick of a neighborhood dog tormenting everyone. There's one dog in particular who stands in the road by our house and hassles everyone who comes by. We live on a dead-end road, so our driveway is where everyone turns around. That one dog is out there all the time barking at everyone, as well as lunging at us from time to time. POS dog! 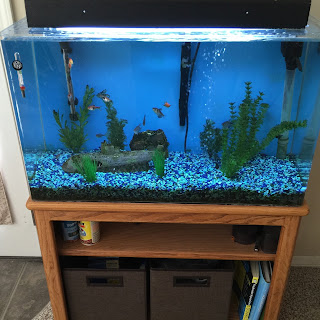 If you're going to have pets, great. One of my biggest pet peeves—pun intended—are pet owners who don't give a damn what their animals are up to. Some people shouldn't be allowed to have animals. Had I known this ten years ago, I might not have moved to this neighborhood. I shouldn't have to worry about backing over someone else's bunny while pulling out of my driveway. I shouldn't have to wonder if someone's cat is sleeping under my hood when I start the engine of my car. I shouldn't have to chase cats off my deck that are hunting the birds and squirrels that I feed. I shouldn't have to deal with being barked at all the time, or lunged at by a stupid dog, while its owners couldn't be bothered.

It's getting old. It started from the very first day we got here. The people who owned the house before us left their cats outside. A few days after moving in, I saw all sorts of wildlife going behind my propane tank. Turns out, the previous owners dumped a 20-pound bag of cat food there. We know it was him because we saw him do it when we drove up. At the time, we didn't know what he was up to. Apparently, they had three cats. One was declawed and inside-only, and the other two were outside cats. We asked the neighbors if they knew who the cats belonged to, but none of them would fess up. Nice. When we first moved here we got hit with an early winter. The cats came up to the doors screaming to be let in. We couldn't because we had two cats at the time, who had just made a very stressful move from California to Montana. So, we had to lock them in the garage for the night so they wouldn't freeze to death. Then we took them to the local animal shelter. Crazy thing is ... the freaking owners showed up six months later with cat carriers hoping they were still here. Can you believe that?

I don't know what the deal is in this neighborhood. One family lets their cats roam all around. They wander on our deck at night. One of their cats pulled down our screen one night and let Denny outside. If that wasn't bad enough, he got in a fight with the same cat and ended up with sores all over his neck. We were so lucky we even found him that night. Other cats come around on our deck too. I've even had one run into my house and go under my bed. Then there's the dog that roams free tormenting everyone. Ugh ... I am so sick of it.

National Pet Day, indeed ... not around here. The wildlife is better behaved!
Posted by Rena Jones at 2:13 PM