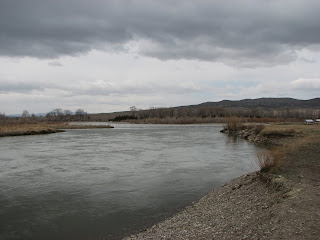 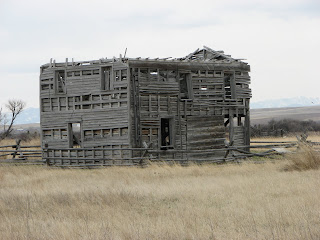 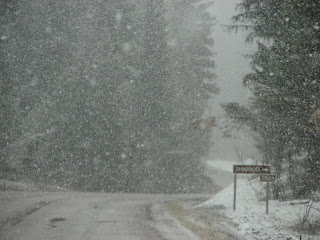 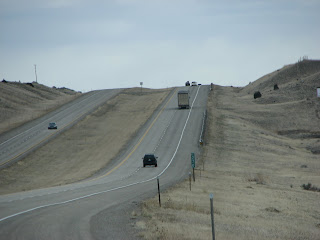 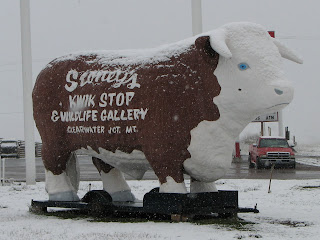 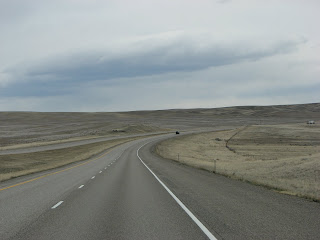 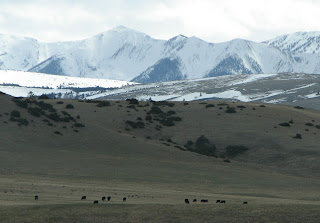 Here are some pictures of our weekend trip to Billings. These aren't of the city itself, but just ones I took while Rick was driving. I get bored and like taking pictures as we're moving. I'll describe the pictures from top to bottom. The first one is of the Missouri River in Three Forks, Montana. This is where the Jefferson, Madison, and Gallatin meet to form the Missouri River, which was made famous by Lewis & Clark. The next picture is of a hotel that's still standing in Headwaters State Park. We stopped there to eat lunch. The one after that was taken just outside of Seeley Lake. As you can see, we ran into a little weather. The picture after that is of some rolling hills, probably taken around the area of Opportunity, Montana. Odd name for a town. If you blink or don't turn your head the right way, you'll miss Opportunity all together. The next one is of the big cow at a gas station market. Gotta love Montana directions -- "Make a left at the cow." The picture below that is just of Interstate 90. I live where there are a lot of mountains, so sometimes I forget how flat a lot of Montana is. The last I took on the way home and I think this was I-90 as well. I think the little specks behind the cows are deer. There were a bunch of them. Thanks for looking and I hope everyone is having a great Monday!
Posted by Rena Jones at 12:24 PM