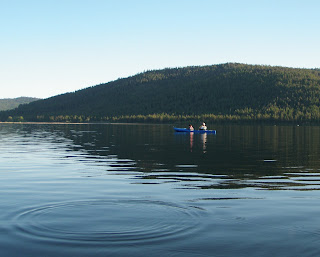 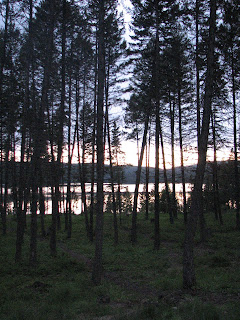 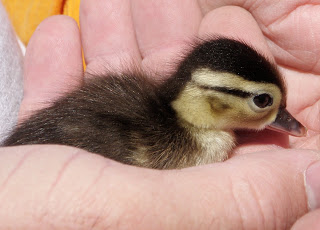 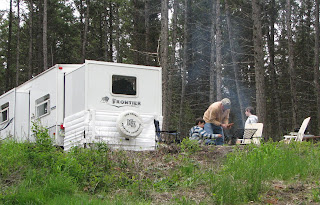 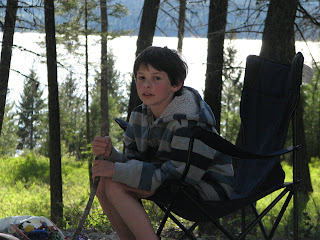 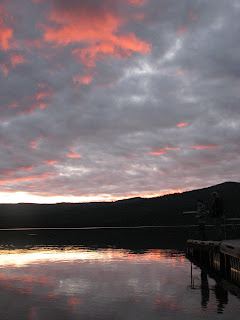 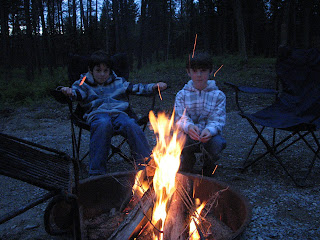 We went to Lake Mary Ronan State Park this weekend and camped for 2 nights. I've been wanting to do some do-nothing camping trips, as it seems we usually visit national parks and spend all day sightseeing. It was nice to just sit around and not rush back and forth. I sat in the sun a lot and read Michelle Moran's book, Cleopatra's Daughter. Rick and the boys did a lot of fishing and actually caught a few. We went kayaking and even had some friends come down to join us, which was a lot of fun. The duckling you see here was found wandering around the parking lot by the boat dock. It had gotten separated from its family and huddled under a mini van. We didn't want it to get run over, so Rick picked it up. After contacting the park host, he told us that the ducklings had left the nest already, but hopefully the mother would show up. Within a few minutes, he heard what he thought was the mother quacking down shore. Rick and our friend's daughter took the duckling in one of the kayaks and paddled down a ways to get it closer to its family. The duckling took off towards the other ducks, so hopefully it was a happy ending.
Posted by Rena Jones at 10:25 AM