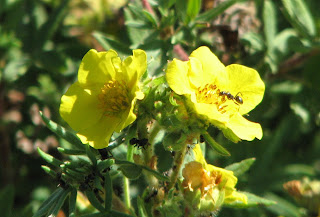 We just got home from a two-day camping trip. We had planned on going to Holland Lake Campground, which is about an hour from where we live. We've hiked there before, but had never camped, so we thought we'd check it out. Turned out, the campground was filled, so we were unable to stay there. 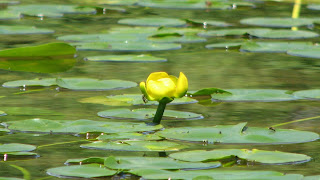 Instead, we drove down the road a bit further to Alva Lake Campground. By this point, it was noon on a Friday afternoon and the campground was filling up fast. We came across one spot and grabbed it. Within minutes, the campground was completely full for the weekend. We totally lucked out. Not only that, but we got a really cool spot with literally no one around us. 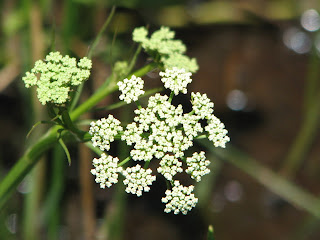 I took about 180 pictures. Like an idiot, I forgot my water camera, so I lugged my Canon around as carefully as I could. I normally bring both, but take the little Olympus water-proof camera out in the kayaks. Anyway, I thought it would be fun to separate the pictures into some sort of theme, so this particular blog post will feature some of the flora pictures I took. 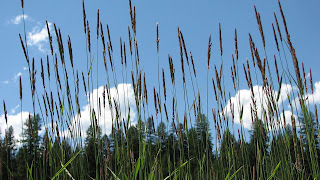 If you click on the images, they show up bigger. The first picture at top is pretty interesting because it was taken on a very small island in the middle of Alva Lake. We kayaked out there and had the whole place to ourselves. I didn't realize it at the time, but if you look at that top picture, those yellow flowers were covered in ants. The island is really small, so the only animals there were insects, birds, and some crawdads and fish near the shore. 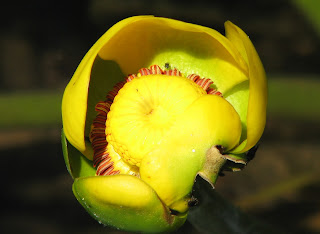 The picture below here is a serviceberry. In other parts of the country they're called juneberries or Saskatoons. I have serviceberries in my yard and pick them every summer. They're not as good as huckleberries, but they go good in smoothies. These aren't ripe yet. They'll be dark purple soon. 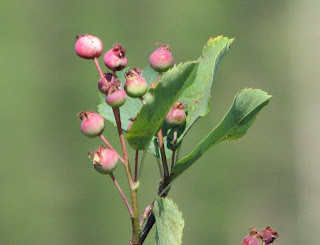 We actually liked Alva Lake Campground better than Holland. The weather was fantastic, so everyone and their mother was out in it. Yesterday was crazy on the lake. It was one boat after another on the loading dock. We had found a really cool spot on one end of the lake that no one else went to. It was super shallow so unless you were in a kayak or swimming, it was too shallow to get to by boat. It was like a little beach area, except the shore was under water. We hung out there a lot -- just sitting in the water, swimming, etc.

Eventually, we decided to break away from the lake and took our kayaks up one of the rivers. That was amazing! The river bent all around in the middle of a forest. It was so peaceful and the water wasn't moving very fast at all. We saw lots of beaver dams, birds, and insects. 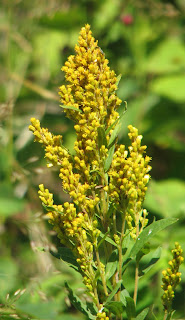 I'll blog about some of the animals we saw. We didn't see anything major -- no bears anyway -- but that was okay. It's not like we don't see those on a daily basis as it is. Rick did see a mountain lion on the side of the road as we drove out, but I missed it. I had thought I saw a moose, so I was looking in the wrong direction. Rick said the cat was eating from a carcass near the road, but ran off as soon as he saw us. 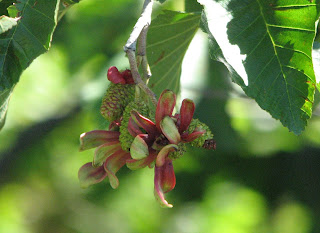 Anyway, these are just some of the flowers and plants we saw, not including all the pine forests and such. I hope you enjoy seeing the pictures and that you're having a great weekend. 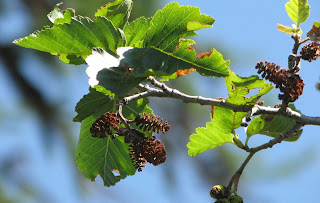