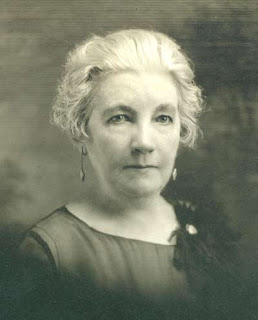 I absolutely love Laura Ingalls Wilder. If I had to pick one writer, I'd probably choose her. I grew up not just reading her books, but cherishing them almost to a point of envy. Her stories were so adventurous and descriptive that I often wished I were in her shoes -- even during the hardest times. Between Laura and Jean Craighead George, they've both inspired me to become a better writer.

I grew up watching the television show of Little House on the Prairie. That show was a big deal to me and I would rarely miss an episode. Remember the olden days where you had to be home at a certain time or you'd miss your favorite show? Of course, it's not like that now. You can find anything on You Tube these days. However, for me to miss Little House was tragic. I felt a special connection to Melissa Gilbert because we looked so much alike -- right down to our freckles and long, brown braids.

We still have Laura's books, but I haven't read them in awhile. I've been wanting to read them again. My girls read them several times, but the boys haven't. Maybe I'll read a few for school in the fall. At first, I thought they might be too girly for the boys, but I've changed my mind about that. With all the bears, storms, Indians and such, I think the boys would enjoy them just as much as girls do.

It's kind of ironic because Laura Ingalls was born on February 7th. I was born on Feburary 8th. She died on February 10th, which is the same day Neil was born. There has always been controversy over who actually wrote the Little House books, whether it was Laura herself, or a combined effort between her daughter Rose and others. Regardless of that, her first book was published in 1931 when she was sixty-four. If that isn't encouraging to any wanna-be writer, then I don't know what is. One of my dreams has always been to visit the Laura Ingalls Wilder Historic Home and Museum in Missouri. I hope I can check that out sometime.

Finally, I switched to the new Blogger last night, so you might notice a few changes. I thought it would take me a few minutes to switch it over, but I screwed it up so much that I ended up working on it for two and a half hours. Argh! I think I have everything working and in the right order now. As much as I loved my mountain goat header, I decided to change it. I see the mountain goat picture everyday because I have it printed on one of those huge blankets. It's hanging on the wall in my hallway. This bighorn sheep standing among the bear grass flowers was photographed in Glacier National Park a couple of years ago.