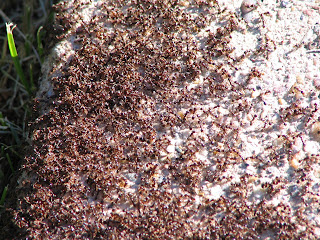 I suppose you could say I have those dreaded after-vacation-blues. I can pretty much say I haven't done anything since getting home from Walt Disney World. Well, just about anything -- of course, I have managed to eat, sleep, bathe, and waste an incredible amount of time online. Ten days in the parks might not sound like a lot, but it's exhausting. Since we were done with school, I knew I'd take that first week easy to relax and recover from our trip. I figured a week would do it, and then I'd work myself into some sort of routine for the summer. Yeahrightsure. It's been just about three weeks now.

Seriously? What the heck? I wish I could say why I'm in such a rut, but I can't. It's not like I don't have stuff to do. I have a ton of things to do for school, like portfolios and yearbooks, not to mention prepare for the upcoming school year. I have a huge pile of books next to my bed that I've been wanting to read. I have two new picture book ideas. I have another idea for a photograph picture book. Then there is cleaning the house, which I'm seriously beginning to think I've forgotten how to do. What is the deal?

What I really want to do is get out of the house. I've been getting antsy about going camping, especially to Glacier National Park or maybe even further south to Yellowstone or Grand Teton. That's what I want to do -- not all this other tedious stuff that I should be doing. The weather hasn't helped much either, since it's been raining a lot. We've had a couple of nice days, but those always seem to land mid-week when Rick is at work. The main road that goes through Glacier, the Going-To-The-Sun Road, is hopefully going to open sometime next week. They were shooting for this weekend, which would have been awesome with it being Father's Day and all, but a recent snowstorm dumped ten more inches of snow and has prolonged the opening. Last year the road didn't open until mid-July, the latest in its history. Check out the link above for more information. It's an absolutely wild road. I have a serious love/hate relationship with it.

In case you were wondering what the above picture is -- ANTS! I took that at a campground in Utah called Cherry Hill. It's a combo RV/waterpark and we used to stop there every year when we made our trip up to Yellowstone. To give you a better view, here's another shot of them a little further away ... 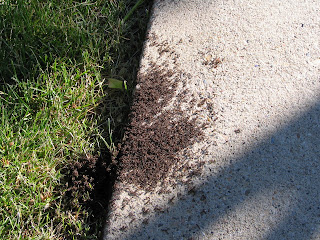