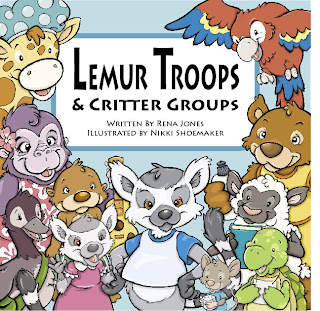 I got an update on possible release dates for my upcoming books, so that is really exciting news. The dates are tentative, of course, and could change depending on how things are going. Besides my current release, A New Job for Dilly, I have 6 other books under contract with 4RV Publishing LLC. Here are the approximate release dates with the illustrators in parentheses ...
December 2009 -- The Marshmallow Man (Stephen Macquignon)
January 2010 -- Lemur Troops & Critter Groups (Nikki Shoemaker)
February 2010 -- A New Friend for Dilly (Lisa Oakman)
May 2010 -- Stork Musters & Critter Clusters (Nikki Shoemaker)
June 2010 -- A Dinner Date for Dilly (Lisa Oakman)
September 2010 -- Pony Strings & Critter Things (Nikki Shoemaker)
Lisa Oakman did a fantastic job illustrating A New Job for Dilly, so I can't wait to see what she has in store for Dilly in the next 2 books. After all, a little rat can't live on pickles alone! Nikki Shoemaker has been wonderful to work and we're both really excited about the Critter Series. Nikki works in a library and hasn't seen too many books on animal congregations for very young children, so we're both hoping the series makes learning animal group names fun for kids. Stephen Macquignon said he's getting close to finishing The Marshmallow Man, so I'm really excited to see what he's come up with. The Marshmallow Man is a retelling of the classic Gingerbread Man story, but with all new characters and fun new twisted ending.
Finally, I want to say thank you to Vivian Zabel, the president and founder of 4RV Publishing, LLC. She gave me a chance at being a first time published author with Dilly. I am very thankful that she saw some potential in me as a children's writer. I am really excited about all of these books, obviously, and I will keep you posted as I get information. Thanks for reading and have a great week!
Posted by Rena Jones at 7:47 AM