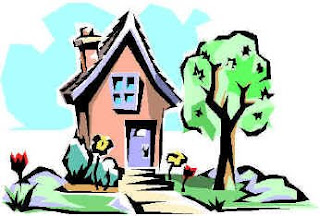 Home -- what an interesting word that is. In The Lion King movie Pumba says, "Home is where your rump rests." I don't know about that. My rump rested in several places in California recently, but home is still here in Montana. I guess for me it's more like, "Home is where my stuff is." It was interesting to go back to where I grew up. I wasn't sure if it would feel more like home going back. It didn't feel that way at all. I feel like I belong where I am right now, so that's good. It's nothing bad about California. I just had my share of living there 41+ years and I needed the change.

We had an okay trip back home. The lines at LAX were unbelievable. We had to wait in line to use the little machines to check in. Then we had to wait in another line to check our bags in. Then they sent us to another line to go through security and that one went all the way out the door! It started outside, way down the sidewalk, then along an entire wall, then through another line that switched back and forth, then up the stairs and then in another line to actually go through TSA. It was INSANE! Nathan added all the lines up and by the time we waited to get on & off all our planes, I think he said we had waited in 13 lines just at the airports.

The flight from LAX to SLC was bumpy. I hate that. I've come to the conclusion that I don't enjoy flying. If the turbulence wasn't bad enough, the pilot announced that we would be descending and I swear, the only thing missing was people screaming. It felt like we were crashing. We were going down so fast and hard and it was really noisy. Not to mention hitting all the bumps on the way down. I was pretty happy to land in Salt Lake City, even with it being 95 degrees. By then, my nerves were shot, but I didn't have time to chug a glass of wine or anything, since we had to get on another plane. Fortunately, the flight to Missoula was more smooth. The difference between LAX and Missoula airport are like night and day -- wow. I've never been more happy to be home. Next time I travel, I'm either going with the trailer or taking a Valium before I get on a plane. And, I think I'll try to avoid LAX all together -- what a madhouse.

So anyway -- it's good to be home. I have been wanting to make a slide show of some of the pictures I've taken of our house, so that's what is below. Some of my family read my blog every now and then, but they've never seen the house, so I thought I'd post it today. It seemed like the perfect day to do so. There's no place like home!