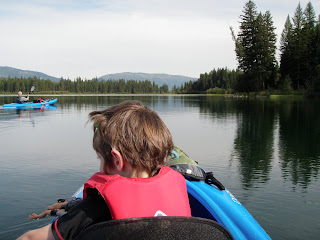 We went kayaking with the boys yesterday at Thompson Lakes. It's actually a series of lakes all connected and I think we went from one to another. It was a beautiful day, in the 80s, and hardly anyone was at the lake we were on. First of all, it was a no-wake lake, so there were no speed boats allowed. That's good for us being in kayaks. Second, the lake we were on had no beaches to get out on, so that's probably a determining factor of why no one was there. We found a really cool campsite, on the opposite side of the lake, that was completely isolated from any other sites. I'd love to camp there, but the road getting in was rough and we're not sure if our heavy trailer could make it because of the grooves in the road.
We kayaked around for a few hours and watched several osprey hunting over the water. We saw their nest, which was absolutely huge. We saw a deer and her fawn on the shore as well as a beaver's dam. Then we listened to a pair of common loons. I got a few of their calls on video, but you can't see them very well because they were in the middle of the lake. If you've ever heard a loon's call, you know how eerie it sounds. I believe they're protected here and if they're nesting, you are limited to how close you can go to them. There was a board set up at that campsite we found, that's probably used for fishing. The boys had fun jumping off that into the lake. I got a few pictures of Nathan doing cannonballs. After we were done kayaking, we went to another lake and BBQ'd dinner at a picnic site. The boys had fun fishing on the boat dock pier. The fish were too small to catch there, but they had a blast catching crawfish and then throwing them back. I took some pictures, so I'm going to enclose a few here. They are in no real order. I hope you had a great Sunday! 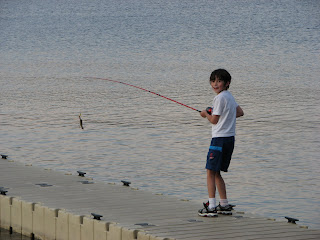 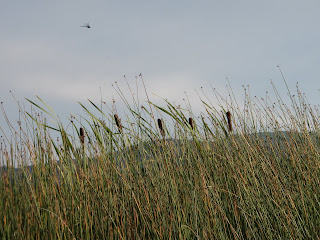 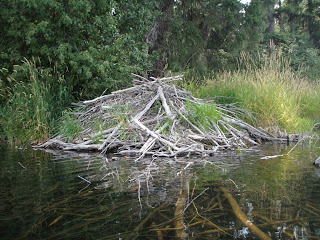 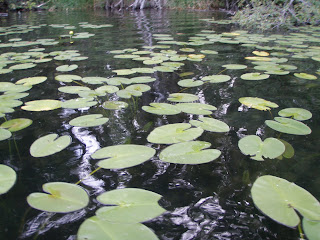 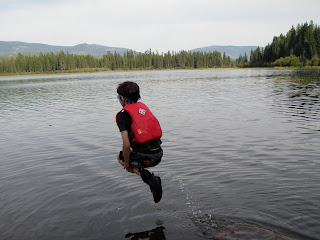 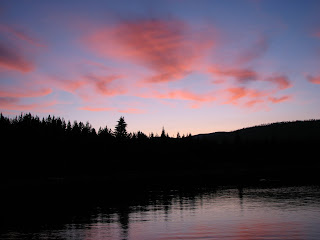