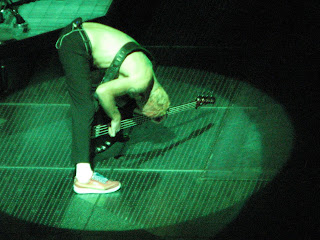 Hi everyone. I'm sorry for not posting for awhile. I really wanted to get back into keeping up with my blog as well as responding to everyone else's blog. After Friday, I just haven't been able to shake the slump I'm in. Nothing seems all that funny right now, nor does much seem all that important. However, a few friends have asked to see some of my pictures from the Red Hot Chili Pepper concert I went to last month in Seattle, Washington, so I figured I could at least post some those today. Keep in mind, they're not that good.

I was in the highest level of the Key Arena. I had my little Canon with me, which has a decent zoom, so at least I was able to get some that sort of resemble the guys. Most of these are of Anthony and Flea though. Unfortunately, from where I was sitting there was a light bar was directly in front of Chad, the drummer. A lot of times it was in front of Anthony too, but he moved around more. Josh was just so far away most of the time. I have some of him, but they're not that clear. I guess, if anything, this is proof I was at least there. 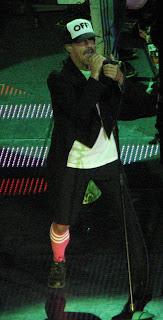 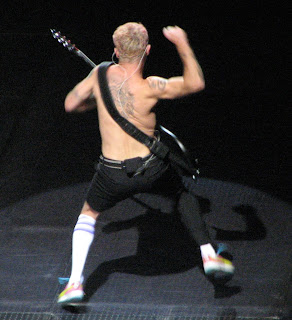 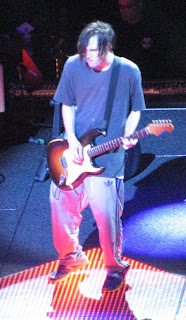 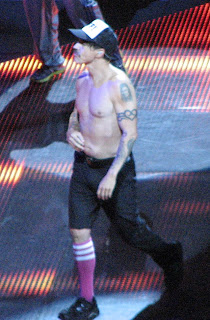 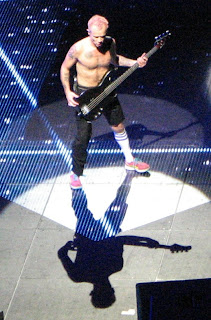 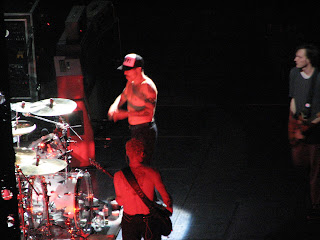 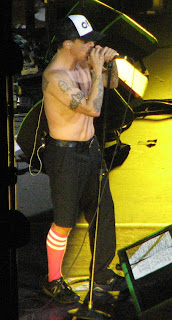 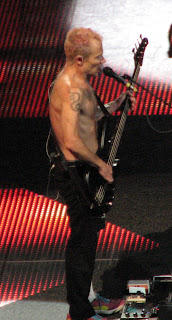 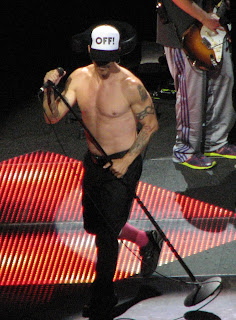 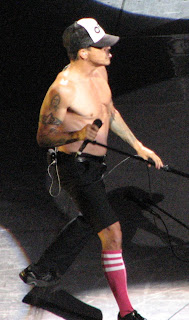 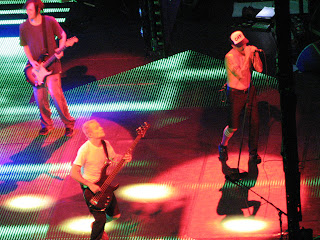 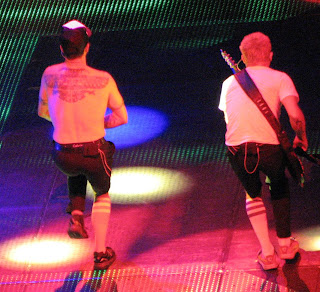 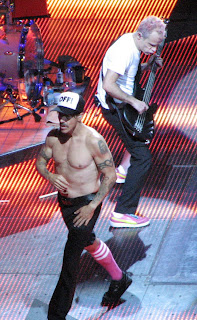 Edited to add:  There are some new pictures of Anthony Kiedis floating around online today. I'm not sure if you've seen them or not, but in the few where he's looking at the photographer, he looks totally ticked off. For some silly reason, that made me feel better today because he was not like that with me AT ALL. Even though he said no to a picture, he was polite and friendly. I would have just hated it if I got the look he gave that photographer in those recent pictures. Eeeks.
Posted by Rena Jones at 4:00 PM