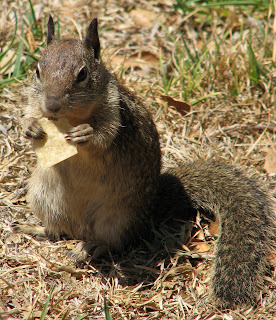 I missed blogging yesterday, but was out of the house most of the day. Oh well, it's not like the world came to an end. Thanks to everyone who stopped by to wish Rick a happy birthday. I had to go to the dentist yesterday to get a crown put back in that had fallen out on Saturday afternoon. My last dentist stopped accepting our insurance, so we had to make some calls Monday to find a new one. The new office is way up in Whitefish, about an hour away, but it seemed like a great place. They took me in on their lunch break to put the crown back in, which says a lot to me. The boys will be seeing them in September because one of the dentists there specializes in children. So, that actually turned out well.
It's hard to believe that the year is two-thirds of the way over and that summer is coming to an end soon. I guess a lot of people have kids already in school now. Rick & I did some shopping yesterday afternoon and the stores were crazy by the school supplies. I don't envy you moms who have to run around with lists of things to buy. All of the parents look really stressed out and the kids just have a look of disgust on their faces. Poor things. I do need to get myself in gear and get ready for school too. This will be our 12th year homeschooling. It will just be the boys this year, so it's kind of like how we started when it was just the girls. Nathan will be in 5th grade and Neil will be in 2nd grade. Those are fun grades and autumn is a really cool time for craft projects and field trips, like to the cornfield maze.
Nicole is leaving in a few weeks to start college in Florida, so we've been busy trying to get her ready. She's been homeschooled since she was in the 2nd grade, so college will be a big adjustment to her. However, the college she's attending caters to homeschoolers, so I know she'll be fine. My biggest worry is that she's going to Pensacola and it's always hit by the season storms. The college is 20 miles inland, so I'm sure she'll be fine. I wouldn't be a mom if I didn't worry. My oldest, Nichelle, is getting ready to leave Maui and fly to Thailand next Monday. She'll be there a week or so, and then will travel to Borneo for her Youth With A Mission outreach program. She's really looking forward to it. She'll be wandering through jungles and such, so it's going to be an experience of a lifetime for her.
So anyway -- I'm sitting here looking at the calendar and trying not to freak out. It's amazing how quickly summer is going by. I realize there are still a few weeks left for us. We homeschool so we have the luxury of starting school when we want. I'm planning on September 8th, the day after the holiday weekend. I don't want to start sooner because Nicole leaves for college on the 4th and I'd like the boys to be able to spend as much time with her as they can before she leaves. However, it does mean I need to get busy with my curriculum, lesson plans, organizing our classroom and all that fun stuff. After doing it for so many years, it's not that hard for me and is mostly just a time issue. It's hard to get into the school state of mind because I have a new idea for a picture book I've been thinking about. There are squirrels involved, which is why I put the pic of the squirrel eating the tortilla chip up top. I would also like to squeeze in another camping trip this summer, but I'm not sure if that will happen. I'm hoping we can go kayaking this weekend because we're supposed to have warm weather.
How about you -- got any last plans for summer?
Posted by Rena Jones at 9:49 AM