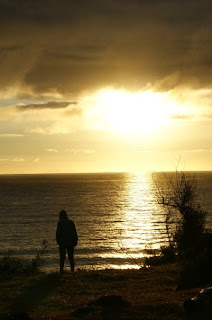 I want to thank everyone who's kept my daughter, Nichelle in their thoughts & prayers. Nichelle is involved in Youth With A Mission and has been in Maui since early June. She's been busy with lectures, discipleship training, and work. On August 24th, Nichelle and her team flew to Thailand, where they're spending ten days in Bangkok. Then on September 3rd, the team flies to the island of Borneo, landing in Kuching, Malaysia. After a few days, they'll be bussed to Pontianak, Indonesia for a week. On September 12th, they'll be backpacking into remote villages making home visits, holding open air teachings, encouraging the local churches, and getting to know the people. I have the schedule in front of me and it looks like they're going back & forth through various places on the island. It won't be until November 14th that they fly back to Maui. From there, I believe they stay another week or so before finally coming home.
Nichelle is doing great from what we can tell. We spoke to her on the phone many times while she was in Maui and we can tell she's grown just from talking to her. It's been an incredible experience for her so far. Her biggest adventures are yet to come and she's very excited about them. She joined Facebook, so I was able to keep up more with her there, as well as on my instant messenger. A few of her friends posted some pictures of their activities in Maui, so I was finally able to see pictures of everyone. Nichelle has her camera, but didn't have a laptop, so she couldn't upload them herself. I'm glad some of her friends could do that. I've added them onto my Facebook page, if you want to go looking for them. The picture above was taken by one of the people on the team. That's Nichelle on the beach of Maui. I have another great picture of Nichelle with her team from a flyer I just got in the mail. As soon as I can scan it, I'll try to post it as well.
I both excited and nervous about Nichelle going to Borneo, but I know she's in good hands and with a great group of people. I don't know much about Borneo, so I'm trying to learn what I can. I know it's the third largest island in the world and it's divided between Malaysia, Indonesia, and Brunei. I've read that Borneo has many caves and according to Wikipedia, Deer Cave is thought to be the longest cave passage in the world and home to over 3 million bats, with guano over 330 feet high. I doubt the YWAM team will be going through any caves, but you never know. Other facts I've read are that the island is home to 15,000 varieties of flowering plants, 3,000 species of trees, 221 species of mammals, and 420 species of birds. What's left of the Borneo rainforest is the only natural habitat for the Bornean Orangatan. There are also Asian elephants, Sumatran rhinos, Bornean clouded leopards, and the Dayak fruit bat. Borneo is said to be one of the most biodiverse places in the world. She's going to see some amazing things!
Anyway, I wanted to let everyone know that Nichelle is doing well. Please continue to keep her and her team in your thoughts & prayers as they embark on this amazing journey into these jungles and villages. I probably won't have much contact with her as before, but I'm hoping she can get to a phone or computer sometime when she's in the YWAM bases. We miss her so much and can't wait for her to come home. Thanks again.
Posted by Rena Jones at 10:40 AM