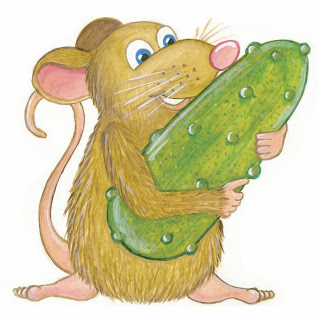 Sexist?
I know, I know -- A New Job for Dilly is a children's picture book. However, after watching a recent show on Fox about what's in children's textbooks, it got me thinking. They discussed how certain words have been removed from books, especially ones with the word "man" in them. You can't say "craftsman", for example, because it's sexist and excludes women.
How do you feel about this?
Basically, what I got from the show is that a lot of people think it's ridiculous and that it hasn't made any difference by eliminating these words. I can understand certain things, especially religion and politics, because those get people's blood boiling. Some words just aren't a big deal to me -- not as a reader, not as a parent. It doesn't bother me to read about someone being a "policeman" verses "police officer", or a "fireman" verses "firefighter". I don't know. I'm old-fashioned, so maybe that's why it doesn't bother me. It seems petty. There are a lot of bigger issues to worry about.
However, in my book I did use words like "mailman", "garbage man", and "weatherman". I guess my book could be considered too sexist for the school system. But, I'm fine with that, if it ever got to that point. I suppose I could have used "mail carrier", "garbage collector", and "weather reporter" if I wanted to be politically correct. In all honesty, the thought never even occurred to me. As a child, I wouldn't have thought twice about the terminology. I wonder if today's kids think of these things, or if it's just brought on by adults. What are your thoughts?
Posted by Rena Jones at 10:37 AM