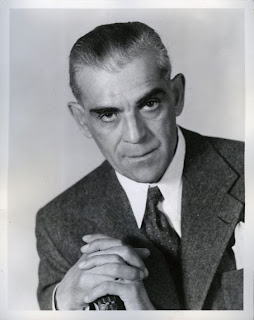 Only this day in way, way back in 1969, Boris Karloff died at the age of eighty-one. He's probably most famous for his role in Frankenstein, but many kids might recognize his name from How The Grinch Stole Christmas. I found a few interesting facts while reading about him today ...
I watch Boris every Halloween in Frankenstein. If you ever get the chance to check out the 75th anniversary edition of that film, do so because there's some great documentary footage on it. It's amazing to think that if he were still alive today, he would be 123 years old. His character will live on forever!
Posted by Rena Jones at 2:48 PM