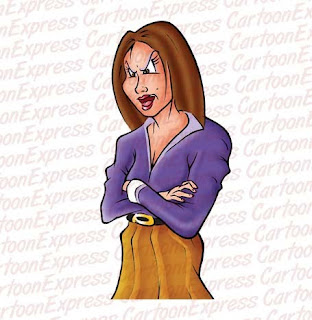 One of my biggest pet peeves is finding a product I really like, only to have it discontinued soon after. Why do companies do that? Logic says it has to do with sales. But on my end, when I go to the store and the item I want is often sold out, that tells me people are buying the product. For whatever reason, some companies think they always have to reinvent the wheel and make something new & improved. It makes me crazy. Even Dominoes changed their pizza recently to make it better. It's one of the few pizzas my boys even like and then they go messing with it. Are they stupid?
I love make-up. I've been wearing it since I was in my early teens. But when it comes to make-up, I won't spend a lot of money on something I wash down the sink every night. You will never find me in a department store near a plastic-faced lady in a white trench coat trying to con me into buying an entire skincare regime. Nope, that won't happen. You will find me in Target or Walmart or even the grocery store looking at CoverGirl products.
A few years ago Christie Brinkley made her big CoverGirl comeback introducing the Advanced Radiance Age-Defying line. Now I'm 45, so I wasn't opposed to trying something with a name like that. As it turned out, I loved the compact foundation. A few months ago I saw it on clearance, so I knew they were going to discontinue it. I bought extras even though I wasn't out. And sure enough, now it's gone for good. I looked online hoping to find it, but didn't. Then I checked the CoverGirl website and they had the gall to say, "If you wore Advanced Radiance Age-Defying compact foundation, you'll just love our Simply Ageless foundation." WTH? I mean, what was wrong with trying to defy age? Now they think it's better to be ageless? And if that's not insulting enough, they also had the nerve to put "find replacements for those dearly-discontinued products" on their site. If they were so flipping DEAR, why did they replace them?
So recently, I've bought two other foundations and hate them both. They don't give the coverage I got from the one I used before. I saw the Simply Ageless foundation at the store the other day and it was over $15. So, is that how companies work? They discontinue a product they know people like only to replace it with something that costs over twice as much? Who knows. Maybe I'll like the new one. But then again, maybe I'll never know since it costs so much and I'm too cheap to pay that much.
Posted by Rena Jones at 9:20 AM